Advertisement
HomeBOLLYWOODENTERTAINMENT NEWSPayal Ghosh accuses Anurag Kashyap of forcing himself on her, says 'don't have proof of incident as quite some time has rolled by'

Payal Ghosh accuses Anurag Kashyap of forcing himself on her, says 'don't have proof of incident as quite some time has rolled by'

Payal Ghosh, since Saturday evening, became the talk of the town. The actress who starred in the Hindi language film Patel Ki Punjabi Shaadi, accused Anurag Kashyap of 'forcing himself' on her and that too 'extremely badly' in a tweet. Payal further reached out to the Prime Minister of India, Narendra Modi, to look into the matter. Soon after Payal tweeted about the alleged sexual harassment, Rekha Sharma, Chairperson of National Commission for Women, asked her to send in a detailed complaint.

Payal, in her tweet, mentioned, "@anuragkashyap72 has forced himself on me and extremely badly. @PMOIndia @narendramodi ji, kindly take action and let the country see the demon behind this creative guy. I am aware that it can harm me and my security is at risk. Pls help!" 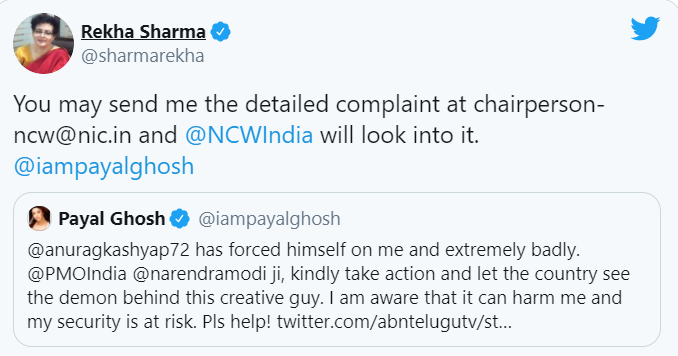 Payal, post the tweet, spoke to a leading daily about the entire incident. The actress who has done a couple of films down South, said she had spoken about the same when MeToo movement happened. However, she deleted it on her manager's suggestion. "I had tweeted about my incident sometime ago when the MeToo movement had happened, but many people told me to delete the tweet else I would stop getting work. My manager too advised me to remove the tweet. I complied. Post that, Anurag blocked me on WhatsApp," she told.

Recalling her first meet with the filmmaker, Payal shared, "The first time I met him was at his office in Aram Nagar, Versova. The second time I met him was at his residence. We spoke in general about films and the film industry. Then he called me again to his house and this time, that is on the third occasion, he tried to force himself upon me. I did not raise an alarm but pleaded with him that he should let me go as I would return again some other time. After that, he texted me a few times asking me to come over. But I did not go. We had decided to meet, yes. And it was I who wanted to meet Anurag. Actors and actresses have to meet filmmakers so that they get to know them. It is meant to acquire work. Else how would makers know about us?" 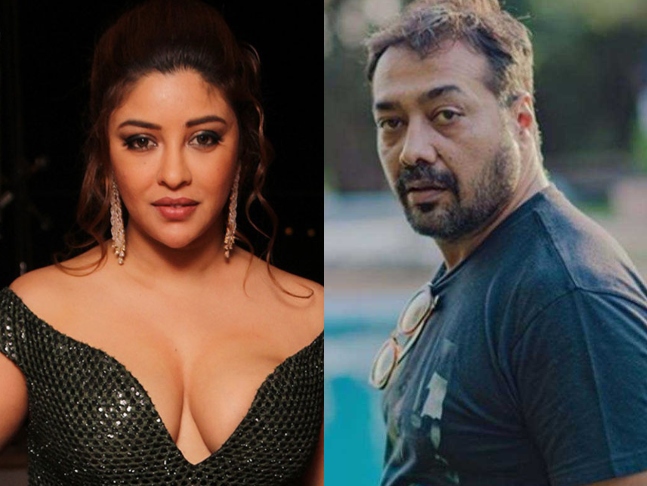 Payal denied having any proof of the incident and said, "I don't have any of his text messages as quite some time has rolled by and I have changed more than one phone since then. Neither I had recorded what happened at his house in the third meeting."

Reacting to Payal's claim, Anurag shared a series of tweets.