Creating ripples with their singles, Bhushan Kumar’s T-Series has released several music videos that have topped the music charts for weeks. With his next, Taaron Ke Sheher, Bhushan Kumar introduced actor Sunny Kaushal in the world of singles. In his collaboration with Jaani, Bhushan released this intense romantic track today that features singer Neha Kakkar opposite Sunny.

Jaani who has received a lot of acclaim for his lyrics like Pachtaoge, Naam, and others has for the first time turned music composer with this track, sung by Neha Kakkar and Jubin Nautiyal. 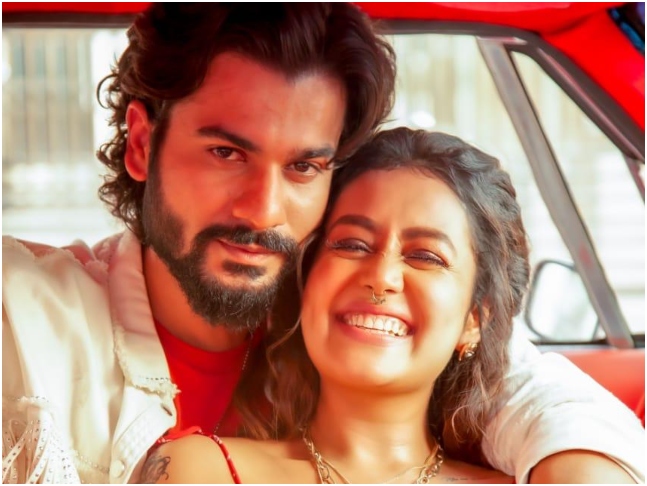 Directed by Arvindr Khaira, the music video of Taaron Ke Shehar boasts of sparkling chemistry between the lead pair, as they play 'lovers on the run' in this one. The super slick video that features an equal dose of action and romance was shot over three days in Delhi.

Sunny, who looks forward to making his music video debut, said "I was excited to hear from Bhushan sir when he told me about  this song but the fact that Jaani has written and composed it, with Neha and Jubin's vocals made it a dream project for me. It couldn't get any better than this and I'm happy to make my music video debut with Taaron Ke Shehar.”

Neha added, "Jaani has really done a great job on the composition of this intense romantic track that Jubin and I have sung. I'm excited to see how audiences react to the chemistry between Sunny and I in the music video, which is action packed and romantic. Bhushan sir is very clear with his vision and the entire team has gone all out to make this song one to remember."

Jubin Nautiyal said, "This song is special for so many reasons. Jaani is amazing at his craft, Neha Kakkar is a fabulous artist and no one understands music like Bhushan ji. 'Taaron Ke Shehar' has all the ingredients of a great song and I hope audiences enjoy it."

Bhushan Kumar added, "Jaani, Neha and Jubin are some of the finest artists in the industry and that makes this such an exciting collaboration. Sunny was the right choice and his chemistry with Neha is one of the highlights of this song. This song will be loved and cherished for a long time by the listeners.”

Bhushan Kumar's T-Series presents Taaron Ke Shehar. Composed and written by Jaani, with vocals by Neha Kakkar and Jubin Nautiyal, the romantic song is out now on T-Series' YouTube channel.