Advertisement
HomeBOLLYWOODENTERTAINMENT NEWS'If Anurag Kashyap is found guilty, I’ll be the first person to break all ties with him,' says Taapsee Pannu after Payal Ghosh's allegations

'If Anurag Kashyap is found guilty, I’ll be the first person to break all ties with him,' says Taapsee Pannu after Payal Ghosh's allegations

Taapsee Pannu has come out in support of her filmmaker friend Anurag Kashyap after actress Payal Ghosh accused him of 'forcing himself' on her and filed a complaint. Earlier Taapsee, who has worked with Anurag in several films, had termed him as the biggest feminist she ever knows.

Now, talking to a leading daily about supporting Anurag, she said, "Anurag has a lot of respect for women, never badmouths anyone even if that person hasn’t been kind to him in public. His is one of those rare sets where the number of women on the crew equals men, and they only have nice things to say about him. If someone has been harassed, let them initiate an investigation, let the truth come out. If he is found guilty, I’ll be the first person to break all ties with him. But if the investigation is inconclusive, how can the sanctity of the #MeToo movement be sustained? How will real victims benefit from a power that’s come to us after years of suppression? It’s wrong for women to derail the movement. Abusing power isn’t gender-specific." 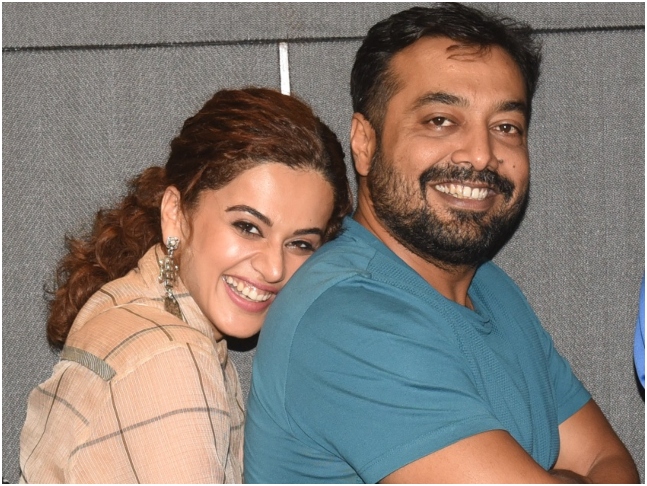 The actress also said that she tries to be neutral but her conscience does not allow her. "I try very hard to remain neutral too, but my conscience won’t allow it. If I keep mum, I feel like I am deaf and dumb, someone who can’t even stand up for an industry that has given her her identity. I don’t understand why we have to live in fear if we don’t have any skeletons in our closet. I don’t take names because I hate the sin, not the sinner. But for myself, I can’t be spineless and heartless. If I am in a position where what I say matters, why stay quiet? Speaking out helps me sleep better," she said.

On receiving backlash for standing up for what she feels is right, Taapsee said, "Whoever speaks up in this country, against the tide or against the illusion of the majority on social media, is trolled. I call it an illusion because most of them are trolls and bots. Real people are so sick of all this they have stopped commenting. I have been trolled for years, so it no longer affects me. In fact, if trolls didn’t react, I’d feel insignificant. When they get triggered, it makes me feel important, because then I know what I am saying makes a difference. It gives me courage. The industry has seen far worse and we can and will rise from the ashes. Many in the industry aren’t speaking because they know this is only a phase. They are waiting to resume work and go back to their normal lives."