Advertisement
HomeBOLLYWOODENTERTAINMENT NEWSHe has beaten me up like an animal, time to move on: Poonam Pandey on ending marriage with Sam Bombay

He has beaten me up like an animal, time to move on: Poonam Pandey on ending marriage with Sam Bombay

Poonam Pandey, nearly 14 days after getting married to her longtime beau Sam Bombay, filed a complaint against him in Goa. The actress accused Sam of brutally assaulting her and also stated that he molested her followed by threats. The Goa police arrested him on September 22, 2020, and let him out on bail on the surety of Rs 20,000. The couple had gone to Goa for their honeymoon. Now, days later, Poonam opened up about the incident in an interview with a leading daily. She told that after an argument, he began hitting and even choked her while punching her face and also banged her head. When he tried to assault her, she managed to escape and call for help.

"Sam and I had an argument, which escalated, and he began hitting me. He choked me and I thought I was going to die. He punched me in my face, pulled me by my hair and banged my head against the corner of the bed. He knelt on my body, pinned me down and assaulted me. Somehow, I managed to break free and bolted out of the room. The hotel staff called the cops, who took him away. I filed a complaint against him," Poonam told. 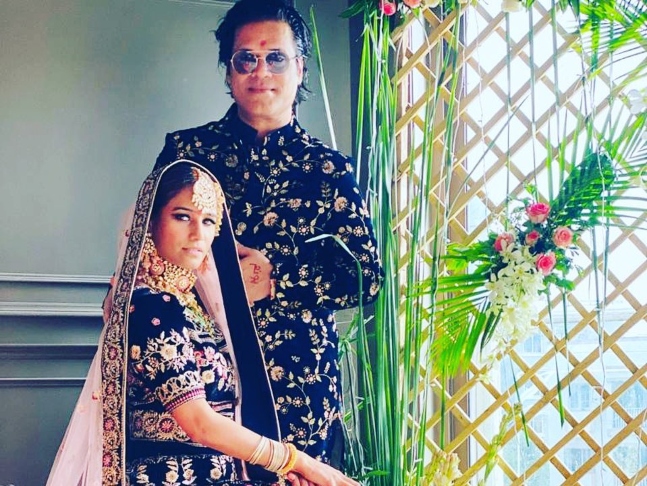 Poonam and Sam were in a relationship for 3 years before tying the knot. Claiming that she has been to the hospital frequently in the past, Poonam called their relationship an abusive one. She further said that staying back with him wasn't a wise decision. "I have been in hospitals on several occasions through the course of our courtship. I put up with the abusive relationship, because I believed that we loved each other. I always painted a rosy picture projecting us as a perfect couple. His anger stemmed from his possessiveness and insecurity. On good days, we were an amazing couple, but when things got ugly, I wouldn't wish what I went through even on my enemy. We got married hoping that things would get better. Unfortunately, it didn’t turn out to be a wise decision. I am the perfect example of ‘love is blind’," she added.

After the latest abusive incident, Poonam said she doesn't want to go back to Sam and has decided to end their marriage. "This time, I don’t plan to go back to him. I don’t think it’s a smart idea to return to a person, who has beaten you up like an animal, without even thinking of the consequence. In a bid to save our relationship, I have suffered a lot. I prefer being single than in an abusive relationship. I have decided to end our marriage. It’s about time I moved on," she said.