Anushka Sharma has written a hard-hitting and on point note on Instagram, amid the ongoing protests against the recent Hathras gang-rape case. The actor took to her Instagram to write that ‘in our society, having a male child is viewed as a privilege’.

Calling this thinking a ‘myopic vision’, Anushka wrote, “Of course, it’s no more privilege than having a girl child but the fact is that this so-called privilege has been viewed incorrectly and with an extremely myopic view. The only ‘privilege’ is that one has the opportunity to raise a boy in a way that he respects a girl. That’s your DUTY as a parent to society. So, don’t think of it as a PRIVILEGE.” 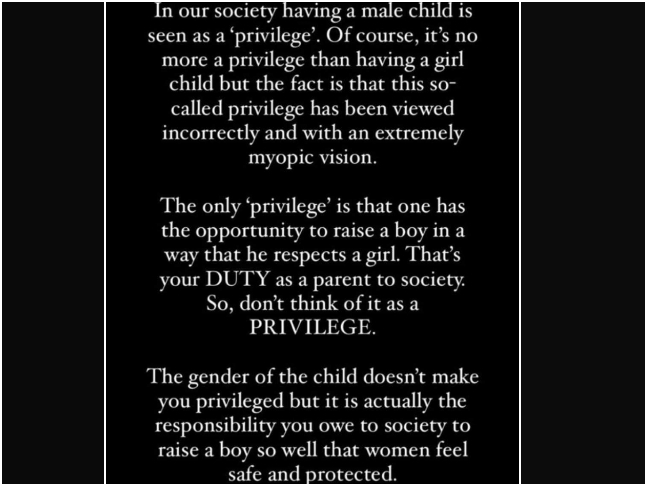 She added, “The gender of the child doesn’t make you privileged but it is actually the responsibility you owe to society to raise a boy so well that women feel safe and protected.” On Thursday, she had expressed her shock and displeasure at the alleged rape that is making the entire country’s blood boil. On Intsagram, she wrote, “Barely any time has passed and we are hearing of another brutal rape!?! In which world do such monsters think they can do this to a young life.”

Anushka is expecting her first child with India cricket captain husband Virat Kohli. She recently issued a statement against Sunil Gavaskar for using her name frivolously while doing cricket commentary during IPL.