Akshay Kumar's Bell Bottom made a record by becoming the first film in the world to finish shooting during the pandemic. The much-anticipated espionage thriller Bell Bottom starring Akshay, Vaani Kapoor, Huma Qureshi and Lara Dutta garnered a lot of eyeballs for its intriguing teaser which gave us an exciting sneak peek.

The high-end action teaser which was already trending on social media has become a rage amongst fans as well as the distributors in the industry. A glimpse of 3 different avatars of Akshay in the 80's retro theme is an absolute winner amongst all.

Amidst all the OTT releases this year, everyone is eagerly waiting for Bell Bottom which is heading for its theatrical release next year. The film has already created a stir amongst the audiences with its impressive teaser and the other glimpses from the film.

Recommended Read: Bell Bottom Teaser: Akshay Kumar takes us back to the '80s with a thrilling espionage mystery; in cinemas on April 2, 2021

For film distributors and exhibitors, the film is of utmost importance as it's one of the top-notch production heavy film, which will be seeing a huge theatre release worldwide.

"It is heartening to see the response to the teaser of Bellbottom, especially now when we have permission from The Ministry of Home Affairs to screen films in cinema halls from October 15 onwards. The joy with which people are responding to the teaser shows that the hunger for big-screen entertainment is alive and this is a positive news not just our industry but everyone who depends on it." said Mr. Gautam Dutta, CEO, PVR Cinemas 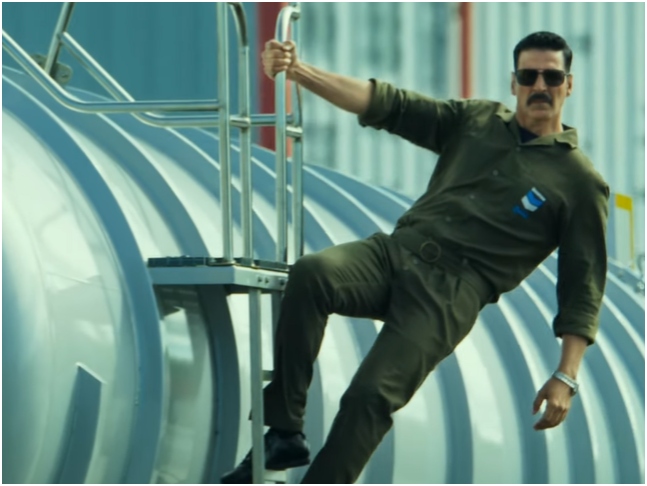 "This teaser seems to be a sign of the good times that the exhibitors , in particular, have been waiting for since the pandemic shut us down. We can finally see a ray of hope at the end of a dark time, unlike any we have seen as an industry together. The teaser and the completion of Bellbottom show that the film industry's synergy, resilience, and adaptability are matchless.  It will see through just any challenge. And we as exhibitors will continue to entertain our audience no matter what." said  Saurabh Varma, Chief Marketing Officer, INOX Leisure Limited

"After waiting many months, we are thrilled that films like Bellbottom, which are made for the big screen will now be shown and experienced the way they deserve to be. We are looking forward to welcoming audiences back to theatres and providing them a world class movie experience. This is also good news for everyone who earns a living through the ideation, production, and exhibition of films and whose livelihood was affected by the pandemic." said Mr. Devang Sampat, CEO – Cinépolis India

Bell Bottom is set to release on April 2, 2021. Written by Aseem Arrora and Parveez Shaikh, the film is directed by Ranjit M Tewari.