Sagarika Ghatge and Zaheer Khan expecting their first child? THIS photo suggests so!

Chak De India actress Sagarika Ghatge and husband Zaheer Khan are expecting their first child together, according to a media report. Recently, Zaheer celebrated his birthday in UAE where the couple is currently for the ongoing IPL season. During the celebrations, Sagarika was seen wearing a black in which her baby bump was quite visible. However, the couple has not announced or confirmed the news yet.

According to a leading daily Sagarika is pregnant and is expecting first baby with husband Zaheer, they had tied the knot in 2017. Friends of Zaheer and Sagarika have confirmed to the daily that the happy couple is all set to turn parents. 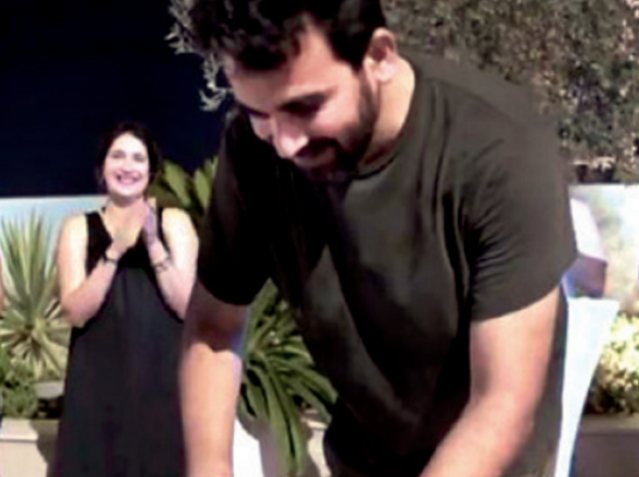 On Zaheer's birthday on October 7, Sagarika had posted on Instagram an adorable pictures of her husband and penned down a heartfelt wish for him. She wrote, "To my best friend, my love and the most selfless person I know . Thank you for being you. Not only me but everyone knows I would be lost without you . Happy birthday husband . May you get everything you desire and more . Love you"

To my best friend, my love and the most selfless person I know . Thank you for being you. Not only me but everyone knows I would be lost without you . Happy birthday husband . May you get everything you desire and more . Love you