Popular jewellery brand Tanishq, owned by the Tata group, pulled out its advertisement for the newly launched Ekatvam collection after facing backlash for highlighting inter-faith marriages. The employees of the brand, reportedly, received threats and as a result, Tanishq apologised for hurting sentiments. The advertisement that showcased a Muslim mother-in-law gearing up to celebrate her Hindu daughter-in-law's baby shower ceremony in traditional South Indian style, left social media divided. Jumping to Tanishq's support, Bollywood celebrities urged people to spread love and not hate.

Actress Mini Mathur, a Hindu who married a Muslim Kabir Khan, on Instagram, called for an end to the hate. Sharing snippets, she wrote, "This and even more love is what I have received in my multicultural marriage." She further added, "By not speaking up, you are party to normalising of hate between communities. Also why and how does religion matter? What role does it/should it play in our generation?" Mini continued saying, "I’d rather the world turn atheist that have hate as religion. And wanting peace and harmony in our country does not make me or any of us, less of a patriot." 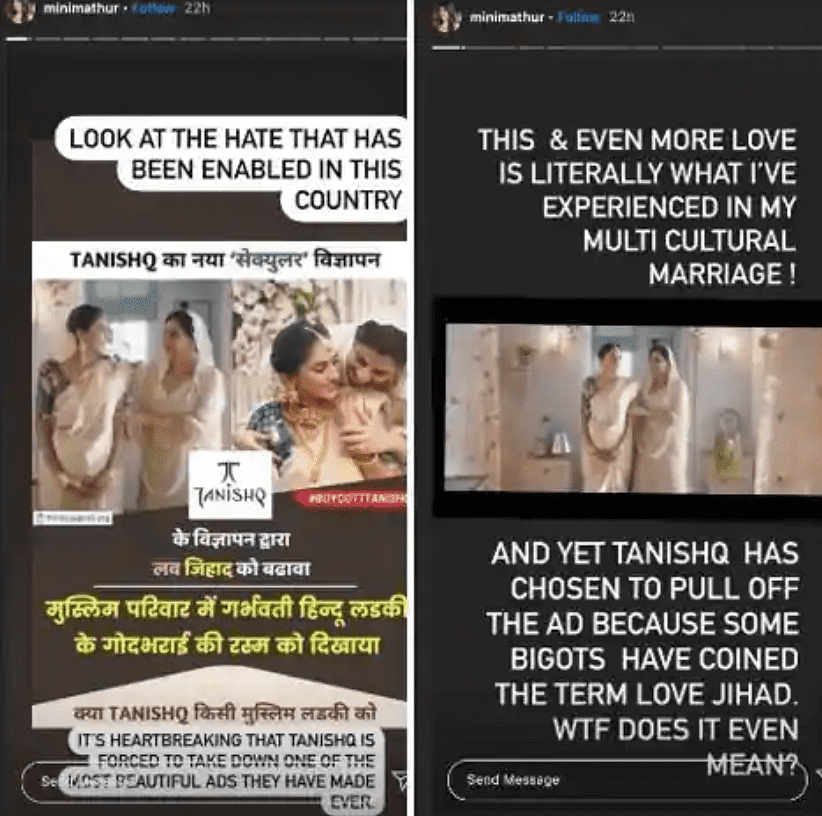 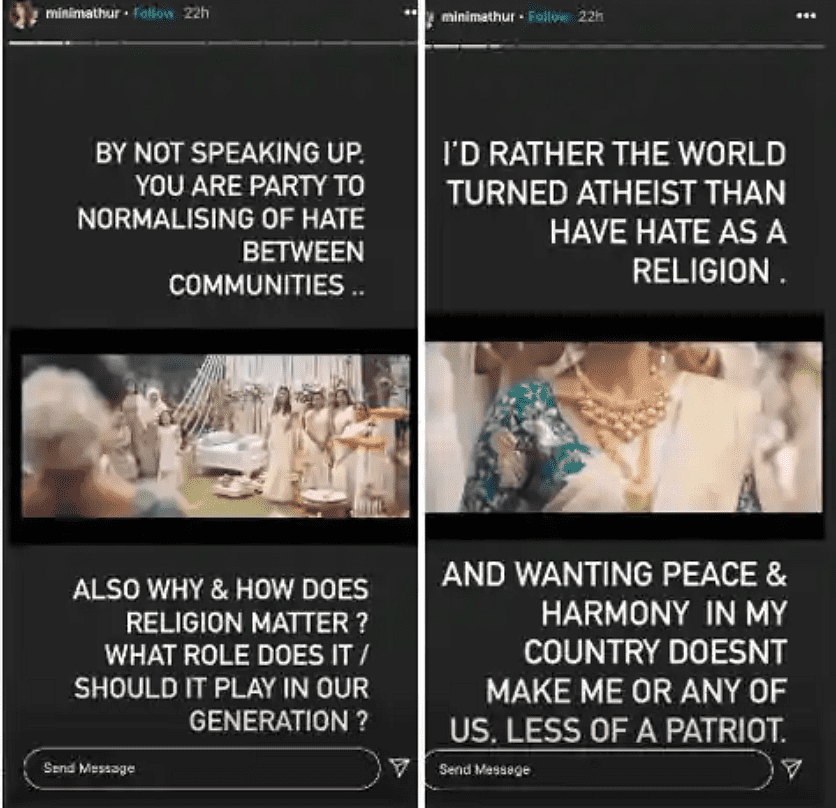