Advertisement
HomeBOLLYWOODENTERTAINMENT NEWSShah Rukh Khan's fans to not gather outside Mannat for his 55th birthday this year, to organize a global party virtually

Shah Rukh Khan's fans to not gather outside Mannat for his 55th birthday this year, to organize a global party virtually

Shah Rukh Khan will be ringing in his 55th birthday on Monday and his fans are all set to make it a grand affair, virtually. Unlike every year, Shah Rukh will not greet his fans from his balcony at Mannat, nor will his fans gather in large numbers in front of the building, owing to the current global pandemic situation. The actor’s fan club, however, is planning to organize a grand virtual birthday party for him.

Shah Rukh, who is currently with his family in the UAE for the ongoing IPL, and has told his fans, “iss baar ka pyaar thoda door se yaar (this time show your love from a distance).” As advised, a fan club of the actor will host a virtual cake-cutting ceremony, which can be accessed from across the world. 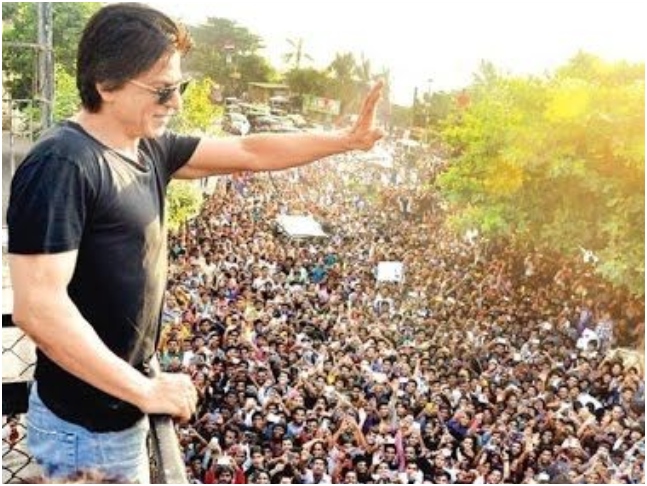 According to a report in a leading daily, Yash Paryani, a member of Shah Rukh’s fan club has said fans will be cutting cakes at their homes and can join in the celebrations via live streaming. He said, “This year, we need to do everything virtually but ensure the celebrations are still grand, considering it’s a festival for us. Fans will have virtual experience of being at Mannat from Sunday midnight through live streaming.”

He also said that given how large-hearted SRK is, they have also planned multiple charitable activities, including distributing 5555 Covid kits with masks and sanitizers, 5555 meals to the needy, visiting orphanages and old-age homes. “Approximately 5000 fans from across the globe will come together for the virtual celebration.”

Well, SRK will definitely have a one-of-a-kind birthday this year.