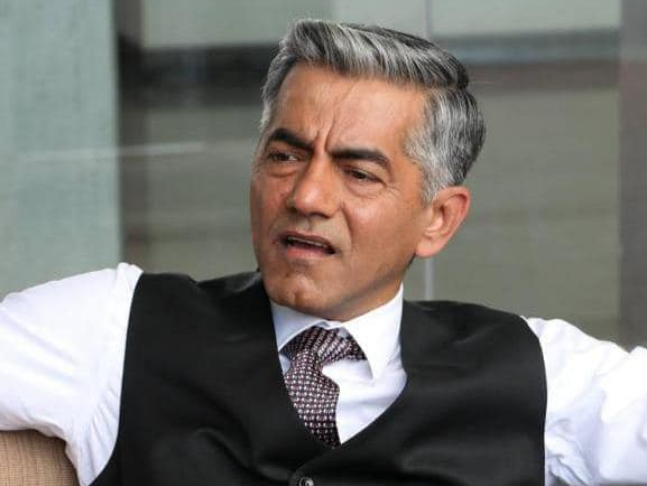 Bollywood expressed shock and grief over the sudden demise of actor Asif Basra today. Basra allegedly committed suicide at his residence in Dharamsala. Basra, known for his character roles in numerous films including Black Friday, Parzania, Jab We Met, Kai Po Che, Paatal Lok and others committed suicide by hanging himself with a leash of his pet dog, the Superintendent of Police Vimukt Ranjan told IANS. 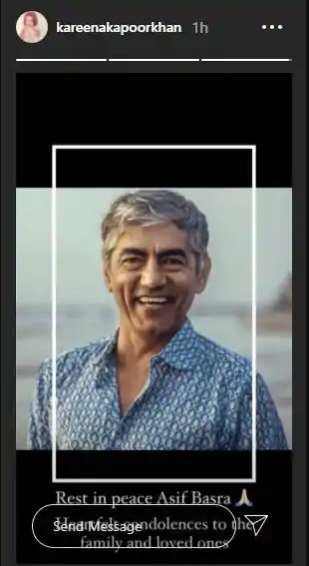 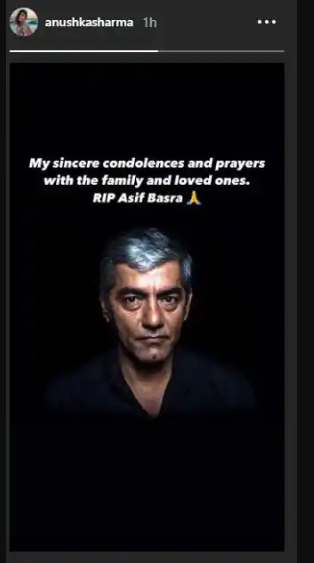 What? This is too shocking!! Shot with him just before Lockdown!!! Oh My God!!! https://t.co/alfYTGxChH

It is unbelievable, yet another loss of a dear friend #AsifBasra - gem of a talent & full of life personality
Rest In Peace My Friend - More Power to Family pic.twitter.com/6j6yW4z4Oy

Deeply Saddened and Shocked by the death of #AsifBasra. Have acted with him in a couple of films but met him on several occasions. He was a wonderful actor and a very pleasant person. My heartfelt condolences to his family and friends. #OmShanti pic.twitter.com/6hInmv0GQU

Prayers and thoughts with his loved ones...so shocked and saddened by this tragic news. #RIPAsifBasra pic.twitter.com/ta8OT86JPP

In shock. Cant believe that we have lost him. #asifbasra
Used to meet him so often at the park jogging. He would tell me not to jog sideways,I might loose balance and hurt myself.
"Paatal Lok" Actor Asif Basra Found Dead In Himachal Pradesh Home https://t.co/Fi6ld6MkyT via @ndtv

Shocked to hear about Basra!! What a wonderful actor and a jovial fellow - I mean why would he ?? Very Sad - Had directed him in Parzania ( Chagan) , in Lamhaa ( the Darzee ) - and also in society - Very sad to hear about his passing !! #asifbasra Hope you are at peace.

This can’t be true Asif Bhai, we have done so much work together from Kai Po Che to Hostages 2
I can not believe this!
Whatttt is happening??????????? #asifbasra

An amazing artist gone. This is a long terrible year Rest in peace #asifbasra

Oh god.. That is shocking.. What is happening?Such a wonderful actor and an affable guy.
Tch...

Asif Basra, may you and your bike, keep travelling across galaxies new. Deepest condolences to your family.

Extremely shocked and shaken to hear about #AsifBasra.. I have worked with him in two films..always full of life.. Very very sad.. pic.twitter.com/vixyQp03pH

What a dreadful bloody year .. another colleague gone .. RIP #AsifBasra .. the heavens shall welcome your gentle soul and lead you to peace

On the other hand, Abhishek Banerjee who had also worked as a casting director for a while, roped in Basra in several projects including Once Upon A Time In Mumbai and Knock Out said, “These were my early years in this industry,I had met him (Asif Basra) through my senior Gautam Kishanchandani. He had cast Asif ji in the film Black Friday. And then we cast him in many advertisements, TVCs and recently in Paatal Lok. It is really sad. I have known Asif ji for many years and was fortunate enough to cast him in various projects. He was a great actor and a kind human (being). It's a sad loss for the industry. My condolence to the family.”

He further added, “Asif sir was one of the most professional senior actors I know. He was somebody who was always on time, never slack on sets, had a good attitude and was always prepared with his lines and rehearsals. It was fun to watch him, his outstanding performances have given us characters that will be cherished forever, I believe that's a sign of a good actor. He was a kind human being, too. I remember when I was starting off, he was among those few senior actors who used to come to my auditions, even though he knew that I was a novice who was just starting off. Still, he would come and give auditions. I have some great memories. I am still in shock with the news.” 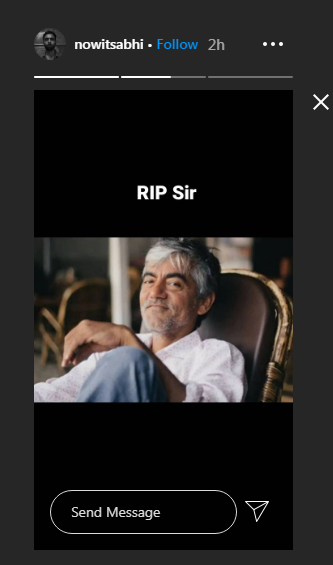 Imtiaz Ali who worked with Asif in Jab We Met said, “For me, Asif is a special part of a special film. He was a fantastic actor. The news of his demise is very shocking and disturbing. He was a fine actor and very easy to work with. It (his death) is indeed a loss. I remember while making Jab We Met, I wanted an intelligent actor who could convey what I was trying to say and present. I wanted to show two qualities -- lechery and humour -- at the same time through that role. I wanted him to be threatening and funny at the same time. So, for the role, I wanted a special actor who had the mind and the skill to perform. I have known Aasif through theatre in Mumbai. It is what had led me to him many years ago. We didn't work together after Jab We Met. I couldn't get around to work with him but I have seen his other films. He was an engaging actor. I will miss him in the movies."

Mukesh recalled working with Asif and said, “He was such a brilliant actor and so energetic. I am still in shock. He was so positive. For every role, he would say, 'if you want to audition me, I am always ready'. I had auditoned him for Kai Po Che but after that I felt he was such a fantastic actor atht I never felt like auditioning him. He always wanted to do good work. He was always enthusiastic, energetic, fit and happy, so I am just shocked. Whether it was two scenes or three scenes, he used to stand out in every film. His personality was such that he used to leave a mark. He used to improvise too, for he was a spontaneous actor. The last time we spoke was in 2019 during Hostages 2. He had messaged me asking how I was doing. During pandemic, baat nahi hui (we didn't talk) as people were in their own worlds. But he was happy, and I'll always remember him from the time we met for Kai Po Che."