Advertisement
HomeBOLLYWOODENTERTAINMENT NEWSShah Rukh Khan to do a cameo in Salman Khan's 'Tiger 3' as 'Pathan'?

Shah Rukh Khan to do a cameo in Salman Khan's 'Tiger 3' as 'Pathan'?

It won't be wrong to say that fans of Salman Khan and Shah Rukh Khan are craving to watch them together on the big screen. Salman featured with Shah Rukh in the song Issaqbaazi from Zero (2018). According to reports, he will be doing an extended cameo in Yash Raj Films' Pathan starring Shah Rukh, John Abraham and Deepika Padukone. Now, in the latest development, it is believed that Shah Rukh will be doing a cameo in Salman's Tiger 3.

According to an entertainment portal's report, Shah Rukh will be reprising his role from Pathan in Salman's Tiger 3. Well, if epic crossover happens, then fans are in for a major treat in theatres. The superstars will definitely set the box office ringing with their cameos. 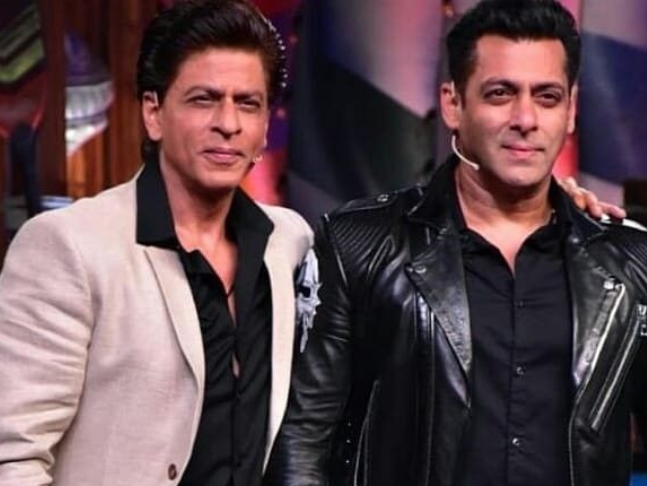 Reportedly, Salman will be seen as Tiger in Pathan. The superstar, if reports are to be believed, has locked 12 days for the shoot of Shah Rukh's actioner. He will begin work on Tiger 3 after Pathan.

Pathan is directed by Siddharth Anand while Tiger 3 will see Maneesh Sharma on the director's chair. As per reports, Pathan will be releasing on Diwali 2021. Apart from Pathan, Shah Rukh has Atlee Kumar's next and Rajkumar Hirani's social drama. He has reportedly shot for a cameo in Aamir Khan's film Laal Singh Chaddha.