Advertisement
HomeBOLLYWOODENTERTAINMENT NEWS'May we sign a fun film together this year,' says Deepika Padukone to Kartik Aaryan; Kriti Sanon drops a hint at a collaboration with the actor

Kartik Aaryan has emerged as a promising young star after the success of Sonu Ke Titu Ki Sweety (2018). With multiple projects in the pipeline, the actor is indeed on a roll. Yesterday, Kartik celebrated his 30th birthday. The actor gave lavish parties a skip and opted for a low-key one with his family at home. Fans of Kartik showered love on him through social media wishes.

Deepika Padukone, on Instagram, wished Kartik by sharing his picture. "Happy Birthday. May we sign a fun film together this year," she wrote. Deepika and Kartik made headlines last year for their social media banter. The actor had expressed his desire to work with Deepika. He also shared an Instagram story that read, "Hai kisi Director mein dum?" 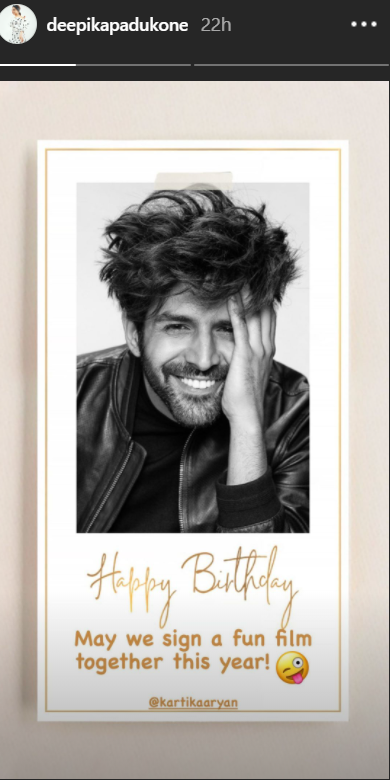 Kriti Sanon wished her Luka Chuppi co-star by sharing a picture with him. She wrote, "Shhhhh. Don’t reveal the secret yet (You know which one). Hahaha. Wish you a fabulous year ahead Guddu ji!" 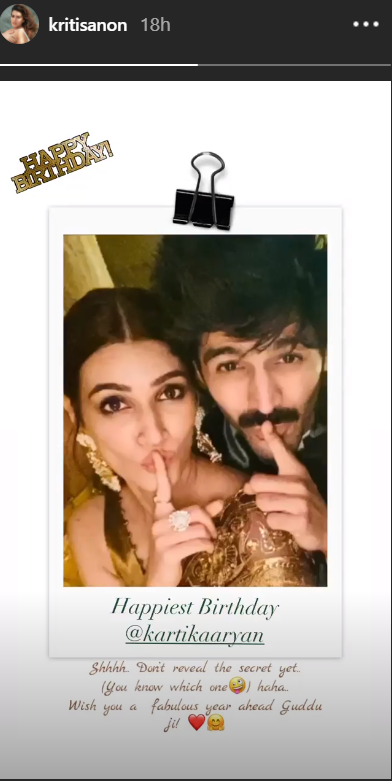 Janhvi Kapoor shared a happy picture as she wished her Dostana 2 co-star. 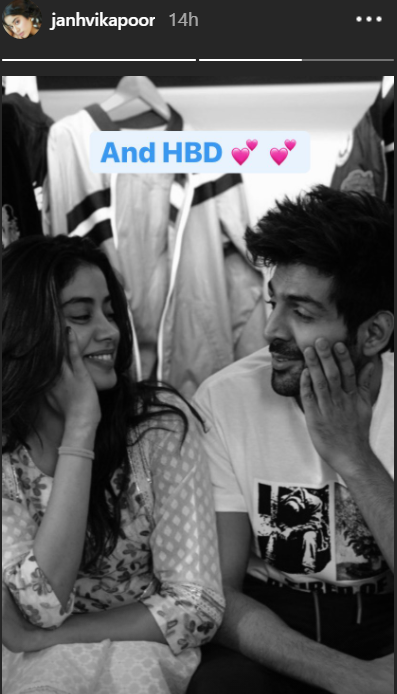 On the occasion of his birthday, Kartik announced his film with Ram Madhvani titled Dhamaka.