Deepika Padukone has reportedly started shooting for Yash Raj Films’ Pathan from today. The film, directed by Siddharth Anand will bring back the hit pair of Shah Rukh Khan and Deepika and will see SRK face the camera after a break of two years. The film has been shrouded in mystery and is yet to be officially announced.

Deepika’s Instagram story hints at the actress starting the project today. She shared an image with ‘Shubh Aarambh’ written in Hindi hinting at Pathan's shoot. She has joined the shoot days after SRK began shooting for the film. A source also said, “Deepika is all set to start shooting for her next film, Pathaan, alongside Shah Rukh Khan. The shoot begins today at YRF Studios itself. The makers haven’t officially announced anything about the film but work is on in full swing.” 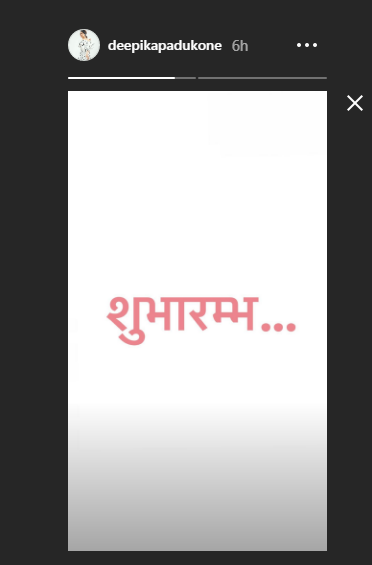 Besides, Shah Rukh and Deepika, John Abraham also stars in Pathan. Deepika has been shooting for Shakun Batra’s domestic noir in Goa and Mumbai previous to this. Deepika and Shah Rukh first worked together in Om Shanti Om and later teamed up in Chennai Express and Happy New Year.