Saif Ali Khan asks son Ibrahim to stay away from social media till debut, wants to see him 'explode' on-screen like Hrithik Roshan

Saif Ali Khan and his former wife Amrita Singh's son Ibrahim Ali Khan is an aspiring actor and we'll be seeing him on the big screen in a few years. Saif, a dotting father, has time and again spoken about Ibrahim's dream of becoming an actor and is already preparing for the same. Now, in a recent interview, the 50-year-old star spoke about his expectations from Ibrahim's acting debut.

Talking about the same, Saif told that his son should make a grand debut like Hrithik Roshan (Kaho Naa... Pyaar Hai) and should explode on the screen. "Like Hrithik Roshan, he should just explode on screen. There will be comparisons with me, he can’t avoid that, but he’s still growing, developing his own personality, so it’s best to be seen less for now." 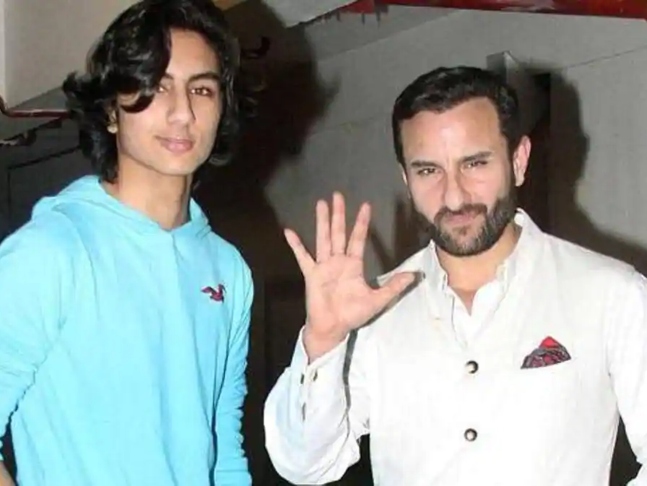 The doting father also said that Ibrahim, whom he calls his good-looking kid, should stay away from social media before his debut. In a previous interview, Saif said, "Yes, he seems prepared. But I think he should wait a little longer."

Ibrahim's sister is Sara Ali Khan, who is also an actress and has featured in films like Kedarnath, Simmba, Love Aaj Kal and the yet-to-release Coolie No. 1.