After many months of dullness, wedding bells are ringing in tinsel town. Actress Padmini Kolhapure's son Priyaank Sharma is reportedly all set to tie the knot with his longtime girlfriend Shaza Morani. Shaza is the daughter of producer Karim Morani and sister of actress Zoa Morani. According to an entertainment portal's report, Priyaank and Shaza will be applying for a court marriage tomorrow. A source close to the development told the portal that the couple will have to give a month's notice before registering the marriage.

"Karim Morani's daughter Shaza Morani and Padmini Kolhapure's son Priyaank Sharma will apply for a court marriage. The two of them will be applying in court tomorrow. They need to give a month's notice before registering the marriage. As for a proper marriage and reception, it will take place next year in February," the source told. 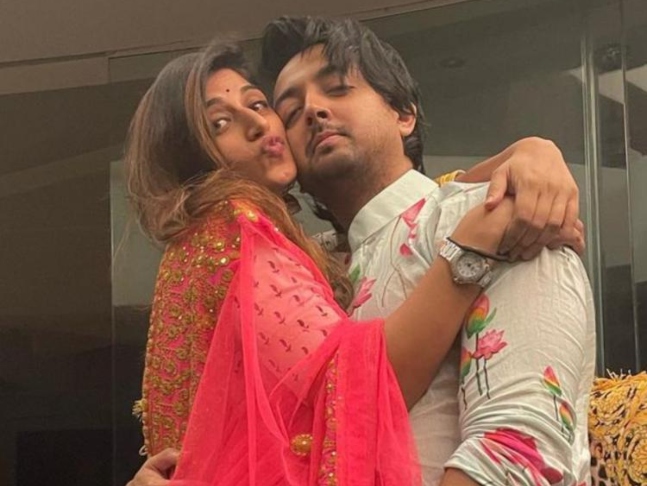 The cousin of actress Shraddha Kapoor made his debut with Ravi Kishan's daughter Riva Kishan in Sab Kushal Mangal. The film released in theatres before the lockdown. However, it was a box office debacle.