Karisma Kapoor recalled the time she danced with actor Govinda on the popular song Husn hai suhana in the 1995 hit Coolie No 1.  Karisma posted a still from the 1995 film. The image features Govinda and her.

Karisma captioned the image. "Nostalgia. Husn hai Suhana was my first dance number with chi chi. The start of an amazing journey of super fun dance number's with him and Davidji .. so many wonderful memories My outfit though me at 19. #flashbackfriday #coolieno1#husnhaisuhana @govinda_herono1." 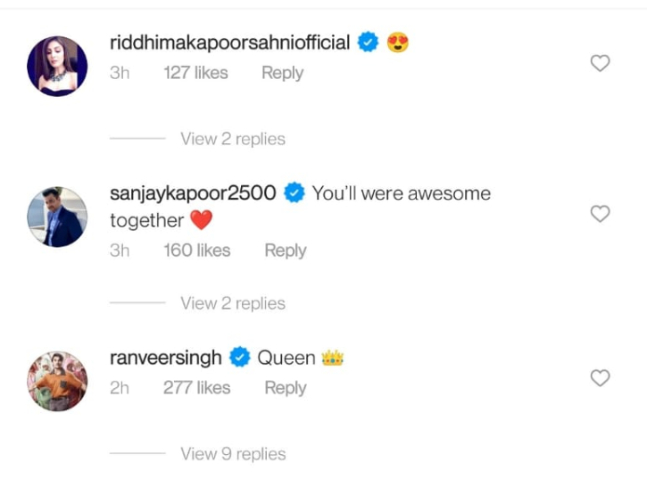 Karisma's post elicited much praise from her colleagues. Ranveer Singh called her 'queen' while Sanjay Kapoor wrote, "You'll were awesome together."