Advertisement
HomeBOLLYWOODENTERTAINMENT NEWSHere’s to my best filmmaking experience yet: Shahid Kapoor pens a heartfelt note as he wraps 'Jersey' amid COVID-19 pandemic

Here’s to my best filmmaking experience yet: Shahid Kapoor pens a heartfelt note as he wraps 'Jersey' amid COVID-19 pandemic 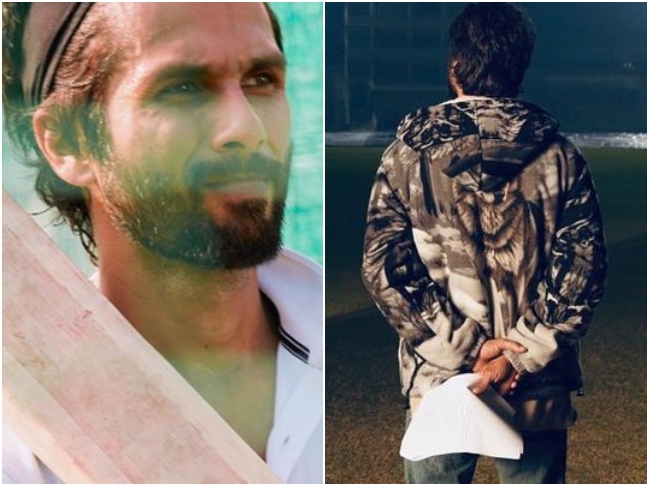 The pandemic is in full force but the unlocking phase has allowed the film industry to put itself back on track. Several filmmakers have commenced shooting already. Shahid Kapoor who was shooting for the Hindi remake of Telugu film Jersey before the pandemic has now wrapped the film. The actor shared the news on Insatgram.

He wrote: “It’s a film wrap on #jersey .... 47 days of shoot during covid. Just unbelievable. I am so proud of the entire team. It’s nothing short of a miracle. I want to thank each and every one from the unit for coming to set every day, putting themselves at risk and doing what we all love doing. Telling stories that touch hearts and make a difference. Jersey is a story that speaks of a Phoenix rising from the ashes. The triumph of an indomitable spirit. If there was ever a time I could connect with the underlying spirit of a film this was it. As we all fight through this pandemic. Let’s always remember. This shall pass too. Here’s to my best filmmaking experience yet. Here’s to Jersey ... we shall overcome !!!! @gowtamnaidu @mrunalofficial2016 @geethaarts @amanthegill @srivenkateshwaracreations” The picture showed Shahid, standing with his back to the camera, inside a flood-lit stadium.

The cast and crew of the film had been shooting in Chandigarh earlier this year when the announcement to stall all shoots, pre-production and post-production work came about.

Jersey is the official Hindi remake of the Telugu hit of the same name. The original stars Nani in the lead and tells the story of a failed cricketer who decides to make one final bid to play for India, after his young son expresses a desire to own a team jersey. Both films have been directed by Gowtam Tinnanuri. The remake also stars Mrunal Thakur and Pankaj Kapur in prominent roles. Directed by Gowtam Tinnanuri, Jersey is presented by Allu Aravind and produced by Aman Gill, Dil Raju and S Naga Vamsi.