It seems Bollywood is catching up with the Marvel Cinematic Universe and DC Extended Universe with a slew of superhero films in the offing. While Hrithik Roshan has managed to bring the only successful superhero to celluloid with his Krrish franchise, Ranbir Kapoor will be seen in a superhero avatar in Brahmastra and Katrina Kaif and Ranveer Singh have a larger-than-life character in their kitty, the latest to jump on the bandwagon is none other than Kartik Aaryan.

As per media buzz, Kartik has signed his first superhero film. The actor has come on board Vasan Bala’s adaptation of the comic book character Phantom. Phantom aka The Ghost Who Walks operates from the fictional land of Bangalla and lives deep in the forest with tribal people in a skull cave. He has a wife named Diana. It would be interesting to see which actress takes on her role. 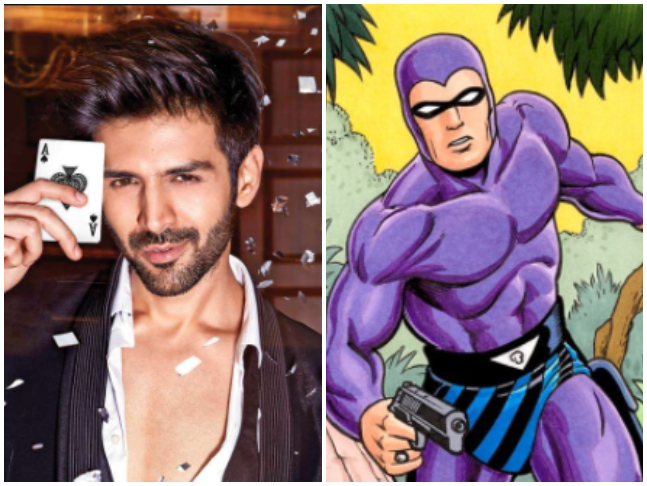 Kartik surely has very interesting projects in his kitty. Other than Bhool Bhulaiyaa 2 and Dostana 2 he has also started shoot for Ram Madhvani’s Dhamaka.