On Tuesday, Jaya Bachchan stepped out in the city for shopping with her grandson Agastya Nanda. The veteran actress, dressed in a bright red kurti with orange pants, looked lovely while Agastya kept it simple in jeans and tee. However, the outing didn't go as expected by Mrs. Bachchan.

After shopping with her grandson, Mrs. Bachchan was greeted by the shutterbugs. Unlike other Bollywood celebrities, it appears that the veteran actress doesn't fancy the paparazzi and flashlights. This time, when the shutterbugs approached her for pictures, she seemed rather irritated with them. But, she paused for a brief time, nodded her head in disagreement, and left.

Soon after the video went viral, social media users slammed her for her 'rude' behaviour. While one asked, "Why do u even go after her. She doesn’t know how to respect media who has made her," the other commented, "shes so freaking grummpy old woman ..why do you guys waste ur time n talent behind her." 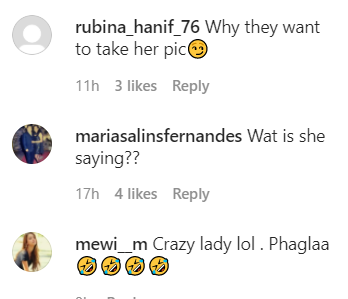