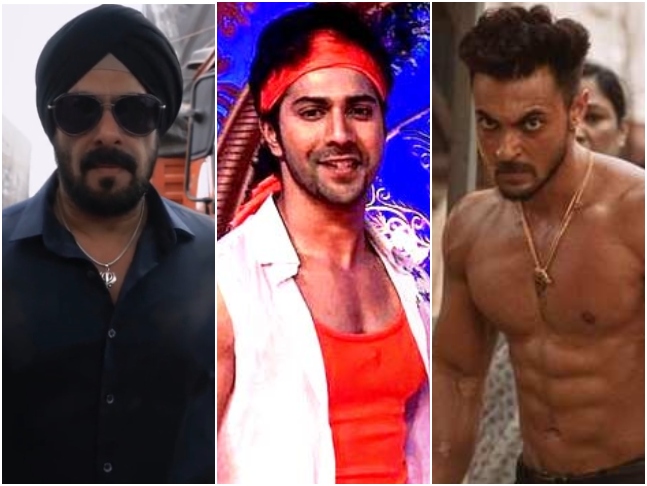 Salman Khan and Aayush Sharma have teamed up for the first time for Mahesh Manjrekar's Antim: The Final Truth. The film went on floors in November last year in Pune. Salman will be seen playing the role of a Sikh cop while his brother-in-law Aayush will be a dreaded gangster. Rumour has it that Varun Dhawan will be featuring in Antim, but only for a special song.

According to reports, Varun will be seen in a special Ganpati song. A leading daily's report mentioned that the actor shot for the dance sequence in Mumbai's Film City this week for two days. It is being said that the song will feature Varun, Salman and Aayush. The Coolie No. 1 actor will reportedly be seen sporting a yellow shirt, tikka and balis.

Recommended Read: Varun Dhawan may tie the knot with ladylove Natasha Dalal this year, says 'I am planning for it definitely soon'

As per the report, the video of the festive track will be shot over 4 days and Salman and Aayush will be shooting for the rest of the portion. Reportedly, the two will head to Pune later this week to shoot for the scenes which will take place at a crematorium.

On December 21, 2020, a teaser of Antim was released on social media. Antim was formerly titled Guns Of North and was to be directed by Abhiraj Minawala. Abhiraj had directed Aayush in his debut film LoveYatri which failed to make an impact at the box office. Apart from Salman and Aayush, Antim stars Nikitin Dheer and Mahima Makwana.