US Senator Bernie Sanders has once again become a fodder for hilarious memes after his iconic look from the US presidential inauguration became viral. Wrapped up in a heavy coat, wearing patterned woolen mittens and sitting on a chair, the Senator was trying to stay warm but has started trending heavily on social media for his iconic look, so much so, that Bollywood celebs have joined in the trend and started photoshopping his image in their own social media posts.

Priyanka Chopra Jonas, Deepika Padukone, Gajraj Rao, Vidyut Jammwal have taken to social media to share memes featuring Sanders. Priyanka incorporated Sanders’ image sitting with her brother Siddharth, her mother Madhu, in a boat with her and husband Nick Jonas and niece Sky. Another picture showed Sanders at her US home and also Bernie interrupting a romantic moment between Nick and Priyanka. However, the best of the lot is Bernie joining the cast and crew of The White Tiger on sets. 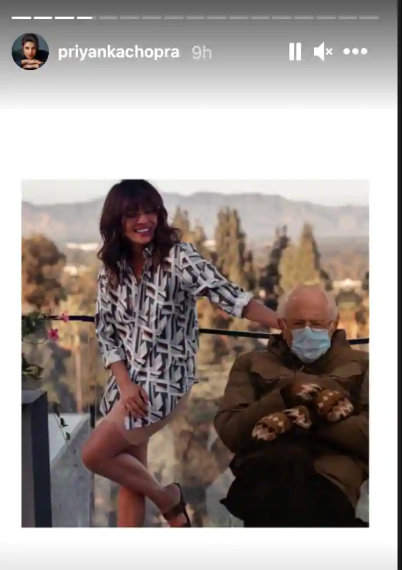 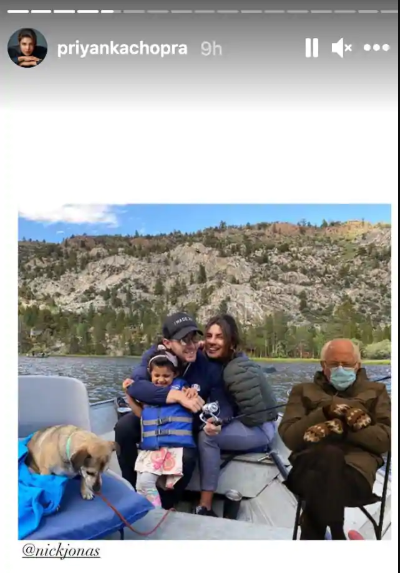 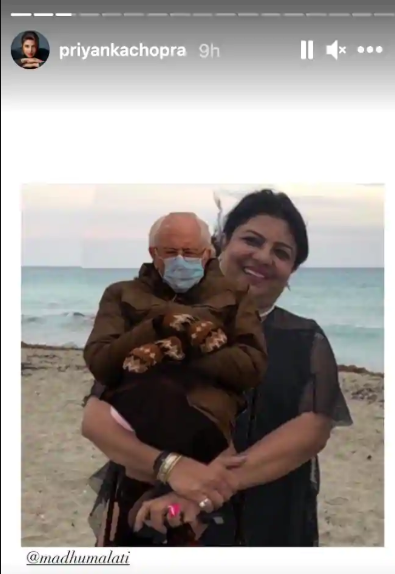 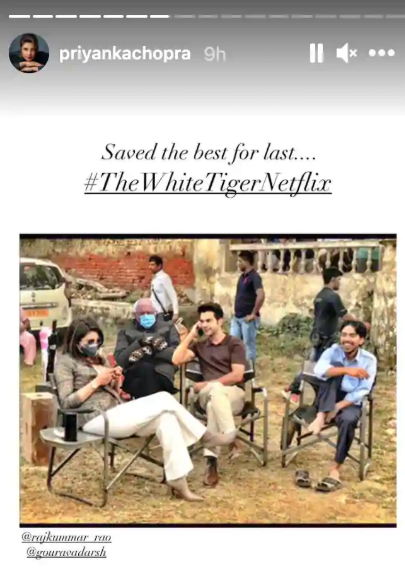 On the other hand, Deepika took to Instagram to share a picture of herself in a professional kitchen, joined by Sanders next to her. She even asked her fans and followers to suggest a suitable caption for the picture. Her husband, Ranveer Singh came up with a hilarious caption that read, “Namak zara kamm daalna beti (Don't add too much salt, kid)." 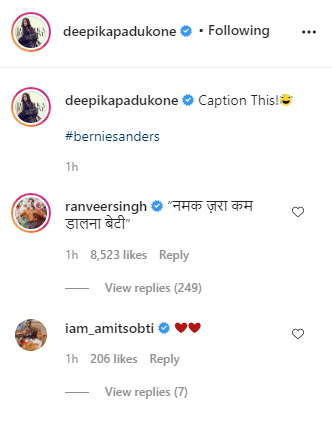 Vidyut incorporated his bodily strength to showcase the meme featuring Sanders. Sanders was photoshopped on his thighs while he patiently watches the actor’s fitness regime to get over. Vidyut captioned the image, “ME: HIM: Waiting for my beer and the balancing act to get over #berniememes #berniesanders.”

Gajraj imagined how things would be in the Kaushik household from the 2018 movie Badhaai Ho and hilariously photoshopped the Senator next to Surekha Sikri in the film’s poster. He called him ‘Naaraz Fufaji (Sulky uncle)’ in his tweet.

Let’s talk periods: Taapsee Pannu addresses the ‘elephant in the room’; demands a harmless sanitary pad in the era of technological advances