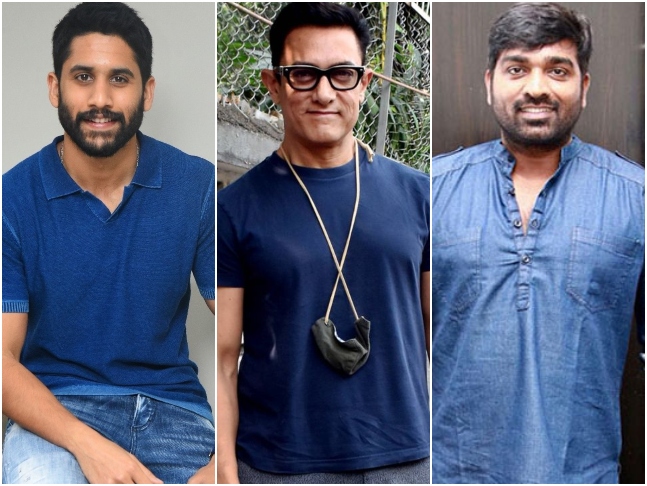 Vijay Sethupathi fans were excited with the announcement that the South actor will be making his Bollywood debut in a pivotal role in Aamir Khan's Laal Singh Chaddha. However, after the lockdown, when the shoot resumed, news surfaced that he has opted out of the film. Buzz has it that Vijay had a fallout with Aamir on the sets of Laal Singh Chaddha over his physique. Now, it is believed that Naga Chaitanya has been roped in as Vijay's replacement.

According to an entertainment portal, Naga Chaitanya was approached for the role, which is said to be pivotal to the narrate. The son of Nagarjuna and a popular Telugu actor reportedly gave his nod immediately. Chaitanya is said to start shooting for Laal Singh Chaddha next month. The film will mark Chaitanya's debut in Bollywood.

Laal Singh Chaddha is directed by Advait Chandan and produced by Viacom18 Studios and Aamir Khan Productions. It also stars Kareena Kapoor Khan, Mona Singh and Manav Vij. It is written by Atul Kulkarni and is the official Hindi remake of Tom Hanks' Forrest Gump.