Advertisement
HomeBOLLYWOODENTERTAINMENT NEWSSanjay Dutt wraps up his portion for Akshay Kumar's 'Prithviraj' in a 5-day schedule, director Chandraprakash says 'he is a fighter'

Sanjay Dutt wraps up his portion for Akshay Kumar's 'Prithviraj' in a 5-day schedule, director Chandraprakash says 'he is a fighter'

In October, Akshay Kumar has started shooting for YRF’s big-ticket entertainer Prithviraj, based on the life and heroism of the fearless and mighty King Prithviraj Chauhan. The big-budget historical had completed a major chunk of its filming before the Coronavirus pandemic hit the nation. YRF built an extravagant set inside the YRF Studios compound and all safety precautions were put in place for a smooth shoot.  Joining him was Miss World 2017, Manushi Chhillar, the leading lady of Prithviraj. The film will see Manushi playing the role of the gorgeous Sanyogita, the love of the king’s life.

Recently, Sanjay Dutt also wrapped up his portion in a 5-day schedule. The actor is playing a pivotal role in the film. While Akshay and Manushi had completed their portions of the film, some scenes of Sanjay were left to be shot, which he completed in a 5-day schedule. Talking about the same, director Chandraprakash Dwivedi said, "With Sanjay Dutt, we had a very small portion of the shoot left to be completed. We wrapped the film with a 5-day shooting schedule with Sanjay Dutt. Given coronavirus and his health, of course, all possible precautions were taken to make the set a safe shooting space for him." 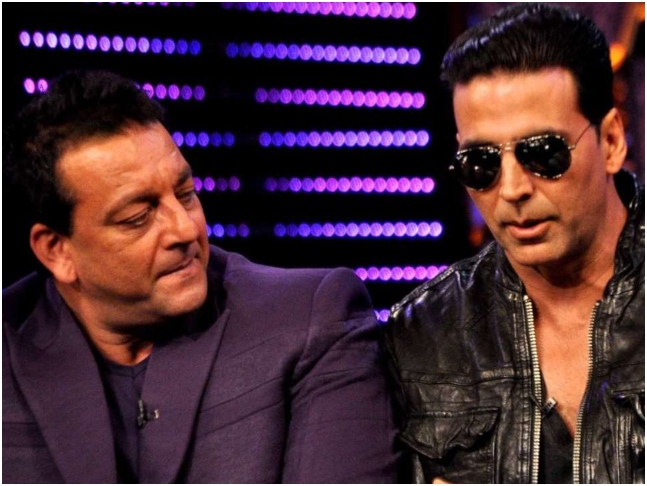 Recommended Read: Have learnt so much from him: Manushi Chhillar on her 'Prithviraj' co-star Akshay Kumar

He added, "Sanjay is an extremely professional actor and we are delighted to have him in the film. We were all too worried about his health but the actor is a fighter and he has shown that nothing can keep him down. He has done a phenomenal job in Prithviraj and we can’t wait for the world to see him in the film.”

About shooting during the pandemic, Dwivedi said, “During the coronavirus pandemic, we had set up a very efficient system where a bio-bubble was created with the crew of the films. Thankfully, there was no untoward incident on our sets."

Prithviraj is being helmed by Dr. Chandraprakash Dwivedi who directed the biggest television epic Chanakya, based on the life and times of the most influential political strategist of India, and the multiple award-winning Pinjar.