Advertisement
HomeBOLLYWOODENTERTAINMENT NEWSABCD 3 script is almost ready, will cast a dancer in it: Remo D'souza on his hit dance franchise

ABCD 3 script is almost ready, will cast a dancer in it: Remo D'souza on his hit dance franchise

Choreographer turned filmmaker Remo D'souza is all set to treat fans with the third part of his super hit dance franchise ABCD. On 8 Years Of ABCD, director Remo promised that a third part is in the offing and opens up about fond memories of the first film.

About planning ABCD 3, the filmmaker said, "Yes, definitely. I am planning the third part of the series. We are working on the script; it is almost ready. We will announce it soon. ‘ABCD’ is with Disney, so I am trying to get the title back. Most probably we will get it and call the third film ‘ABCD 3’ only. As for the cast, I cannot reveal names yet, but it has to be a dancer." 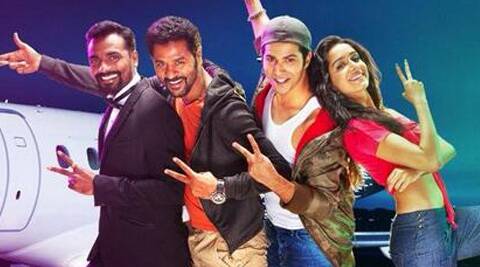 Recommended Read: Remo D'Souza opens up about his struggle with racism since childhood, says 'when I was growing up, people used to call me names'

On getting back to work after recovering from suffering a heart attack in December 2020, Remo said, "I feel great and relieved now. I am so happy to be back to what I do, and be my normal self. Currently, I am working on my next directorial and will soon announce the details. There is a lot of production work also happening. I'm really happy and thankful to everyone who prayed for me and blessed me."

ABCD hit the screens on February 8, 2013, and followed it up with the Varun Dhawan and Shraddha Kapoor-starrer sequel in 2015 titled ABCD 2. In 2019, Varun and Shraddha starred in Remo's Street Dancer 3D, which was later confirmed as not being a third part of the hit dance franchise.