Advertisement
HomeBOLLYWOODENTERTAINMENT NEWSNever looked at myself as a 'star', as a teenager I wanted to be Poo from Kabhi Khushi Kabhie Gham: Sara Ali Khan

Never looked at myself as a 'star', as a teenager I wanted to be Poo from Kabhi Khushi Kabhie Gham: Sara Ali Khan

Sara Ali Khan is Bollywood's current favourite. She made her debut in Kedarnath. Since then, there is no looking back. Hailed as the newest star on the block, Sara has some interesting films on the cards. She featured in the recently released film Coolie No. 1. Talking about her star status, Sara told a magazine that she never looked at herself as a celebrity. Calling her brother Ibrahim Ali Khan her mirror, Sara said thankfully her friends and family don't treat her like a star.

"I’ve never looked at myself as a celebrity. In fact, I do not like the word ‘star.’ This elevation of people in my profession to a non-human status is not something I relate to. Thankfully, I am blessed with friends and family that treat me the same way. My brother, for instance, is my mirror more than anyone else. Whether I was a fat child at Columbia University or I am a decently-shaped woman doing dance numbers with Varun Dhawan, he doesn’t care," Sara told. 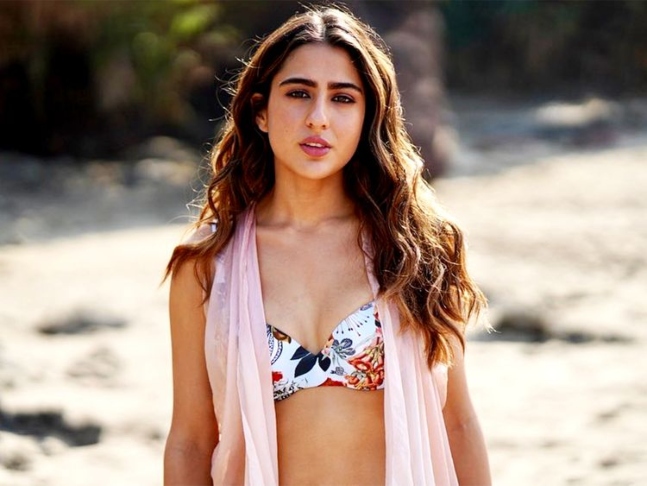 The 25-year-old actress who is the daughter of Saif Ali Khan and his former wife Amrita Singh, recalled the time when acting for her meant dancing on Kaanta Laga. She further revealed she wanted to be Poo from Kabhi Khushi Kabhie Gham as a teenager. "People would expect that I’d know things –being a star kid and coming from a filmi background. But on each set, I’ve learnt new things. When I was four-year-old acting only meant dancing on Kaanta Laga and when I was a teenager, I wanted to be Poo from Kabhi Khushi Kabhie Gham… On the sets of Kedarnath, I didn’t even know that sometimes one shot has to be taken several times. I think that’s when I truly realised what acting meant. The hard work, the dedication, all of it," Sara added.

Priyanka Chopra Jonas is an incredible star, she's going to be amazing

Amitabh Bachchan to undergo surgery for an unknown medical condition, fans pray for his speedy recovery