Advertisement
HomeBOLLYWOODENTERTAINMENT NEWSI was called ‘Fatrina’, people would talk only about my weight: Zareen Khan on constantly being compared to Katrina Kaif

Zareen Khan, who made her debut opposite Salman Khan in 2010's Veer, often made headlines back in the day for her physical resemblance to Katrina Kaif. So much so that Zareen recently admitted that she could not break through the image of just being Katrina's lookalike.

In a new interview, she said that even the audience is culpable in promoting this narrative. She told a leading daily, "Yes, in the beginning, it was the whole lookalike thing... Honestly, I don't even know from where it had creeped out. Even before my pictures or my interviews came out, a random picture, from my Facebook account, was being circulated with claims that she looks like Katrina." 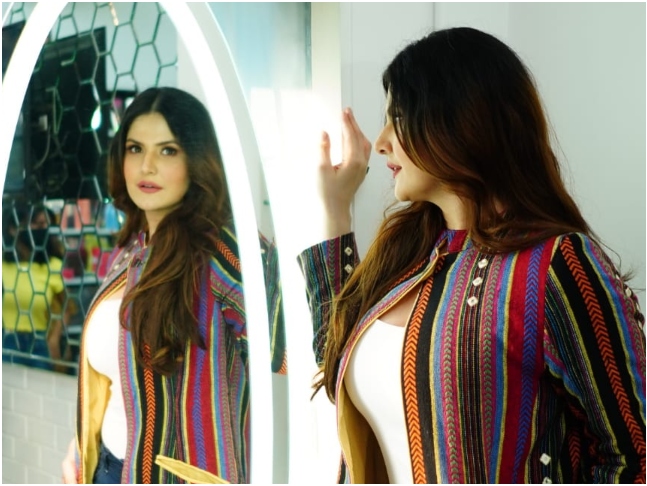 Recommended Read: Zareen Khan launches a salon in the city, says 'for me, salons are a very personal space'

She continued, "Back then, social media was not as powerful as it is today, and we were majorly dependent on media houses and newspapers. So, I somehow feel that the public was not really given a chance to see me and have a perception of their own. It was fed to them as gossip. Our audience is also a little gullible that way, believing whatever they are fed instead of forming their own opinion."

She said that her weight also became an issue. As someone who weighed 100 kgs and always thought of herself as 'fat', Zareen said that she was shocked that even after losing 40 kgs, she was still being fat-shamed. "I was called ‘Fatrina’. Even when I went out for events, nothing good was ever written about me; they would talk only about my weight," she said.