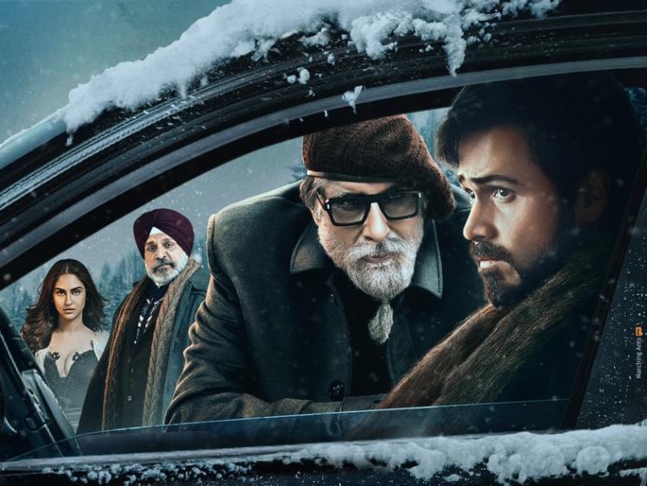 Amitabh Bachchan and Emraan Hashmi teamed up for Rumy Jafry's thriller titled Chehre. After much delay, the film will be releasing in theatres on April 9. Days before the thriller hits the silver screens, the makers of Chehre shared the film's teaser.

The teaser of Chehre begins with Annu Kapoor's voiceover. As Emraan and Mr.Bachchan's faces are gradually revealed, their dialogues indicate that the film will be a thrilling tale of truth and deceit. However, not much about Chehre has been revealed in the teaser.

The film was scheduled to release on April 30. However, it has been preponed to April 9 now. Chehre is produced by Anand Pandit Motion Pictures & Saraswati Entertainment Private Limited. It also stars Krystle D’Souza, Drithiman Chakroborthy, Raghubir Yadav and Siddhanth Kapoor.