I've been a victim of nepotism, seen Amitabh Bachchan struggle too: Govinda

Govinda has been in Bollywood for more than 3 decades now. With more than 165 films, the actor also ventured into politics. Govinda, after Rangeela Raja, has gone missing from the big screen and his fans are waiting to see him in some fun films. While Govinda is yet to announce a new project, the actor spoke to a leading daily about nepotism and how he struggled to survive in the industry.

Talking to the daily, Govinda said that he has been a victim of nepotism and even saw Amitabh Bachchan struggle too. "I have been a victim of nepotism and it was around the time I stopped getting work. I saw Amitabh Bachchan struggle too; he would come on stage and people from the industry would walk away. Don’t know if I got punished for supporting him. They set him free but caught me instead," Govinda told. 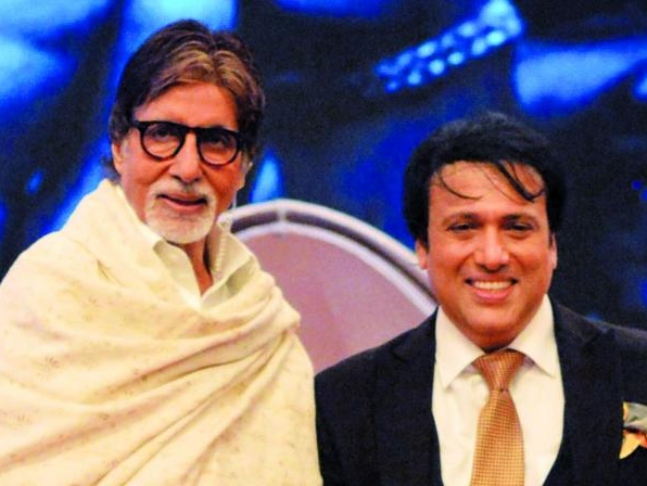 Recommended Read: Govinda wrote lyrics of his 15-16 hit songs, says 'had warned the lyricists that one day I will reveal this truth'

The veteran actor further shared that he plans give opportunities to aspiring actors from the lower strata of society. "I plan to give opportunities to the lower strata of aspiring artistes, who want to work in this industry with respect and don't want to indulge in unethical things. I will help them through my company and would like big companies to invest in this project of mine. At this age, I cannot go through the rigmarole, but I would like to give back to society by giving a chance to newcomers. I want to eliminate the difficulties that they have to go through, created by the big names in the industry. I am no longer in the age bracket to struggle again; now is the time for me to give back to people so that they are able to navigate the present scenario," Govinda stated.