Advertisement
HomeBOLLYWOODENTERTAINMENT NEWSChehre: Anand Pandit says Amitabh Bachchan believed in the film, reveals how he came on board as the producer

Chehre: Anand Pandit says Amitabh Bachchan believed in the film, reveals how he came on board as the producer 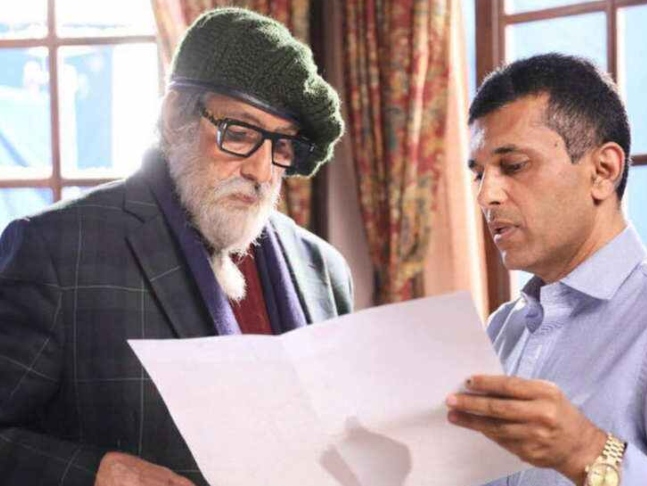 Amitabh Bachchan will be returning to the screen almost after a year in Rumy Jafry’s upcoming directorial mystery thriller Chehre. The veteran actor has deeply invested in the Rumy Jafry-directed venture—the megastar not only designed his look that includes a beanie, thick frames and the beard in a ponytail but also wrote a 14-minute monologue over two days. Taking his involvement with the Emraan Hashmi-starrer a step further, Mr. Bachchan decided to back the film as well.

“Usually, a producer evinces interest in making a film, [thus setting the ball rolling on a project]. The producer then ropes in a writer and a director, along with whom the cast and crew is finalised, and then comes the announcement. But for Chehre, it was the opposite,” revealed co-producer Anand Pandit. “The producers were the last to come on board.”

Recommended Read: Rhea Chakraborty makes an appearance in Chehre trailer, producer Anand Pandit says 'she will always be an integral part of the film'

Pandit recalled that he got a call from Mr. Bachchan, who said that he should consider backing the upcoming project. “Bachchan saab believed in the film. There was already a director, writer, and now, the film needed a producer,” explained Pandit, who earlier collaborated with the veteran on Ram Gopal Varma’s Sarkar 3 (2017). “That’s how I stepped in as a producer, along with Saraswati Entertainment, which is Bachchan saab’s banner. He is producing a film after a long time.”

The actor-producer, who plays a legal eagle in the film, roped in Pink (2016) co-actor Dhritiman Chatterjee for a pivotal role. “He was keen to cast him, as he wanted someone who has not done too many Hindi films,” noted Pandit, adding that the film sees Bachchan and Hashmi team up for the first time. Even as Chehre gears up to hit the screens a year after its intended release, the co-producer is confident of its prospects. “Bachchan saab’s monologue in his deep baritone will be the mainstay. We gave him a standing ovation after the shot,” he said.