The 67th National Film Awards are being announced in New Delhi today. The ceremony bestows the most prestigious awards and honors on films and artistes for the year 2019. The awards were delayed indefinitely due to the coronavirus pandemic and were scheduled to be held in May last year. The awards are given by the Directorate of Film Festivals, an organisation that comes under the Ministry of Information and Broadcasting. 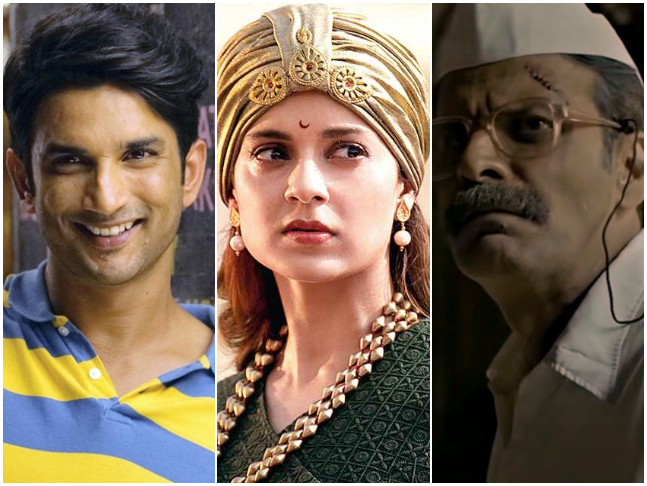 The award for the best actress goes to 'Kangana Ranaut' for Manikarnika-The Queen Of Jhansi (Hindi) &
Panga (Hindi)#NationalFilmAwards2019 pic.twitter.com/LZ0gQpIDs8

The award for the Best Actor (shared) goes to @BajpayeeManoj for Bhonsle (Hindi) and @dhanushkraja for Asuran (Tamil)#NationalFilmAwards2019 pic.twitter.com/XF1vq0WeQ5

Best Actor: Manoj Bajpayee for Bhonsle and Dhanush for Asuran

The award for the best supporting actor goes to 'Vijaya Sethupathi' for the film 'Super Deluxe' (Tamil)#NationalFilmAwards2019 pic.twitter.com/87dnCSk3Vd

The award for the best female playback singer goes to 'Savani Ravindra' for the song 'Raan Petala' from the film 'Bardo' (Marathi)#NationalFilmAwards2019 pic.twitter.com/Jog6HC0W8d

Best Ethnographic Film: Charan-Atva The Essence of Being a Nomad (Gujarati)

Couldn't be prouder, here's to the film that started it all: Karan Joh

Dhaakad: Kangana Ranaut unveils her look as Agent Agni, film to release in theatres on April 8, 2022

After signing two back to back films, Samantha Ruth Prabhu to now make her Telugu OTT debut with Aha Video

'A combination I’m definitely looking forward to,' says Ram Charan as he collaborates with 'Jersey' director Gowtham Thinnanuri for his next film

I call Samantha Ruth Prabhu 'jiji', how can there possibly be a link-up between us; Naga Chaitanya's statement would have made a lot of difference: Stylist Preetham Jukalker