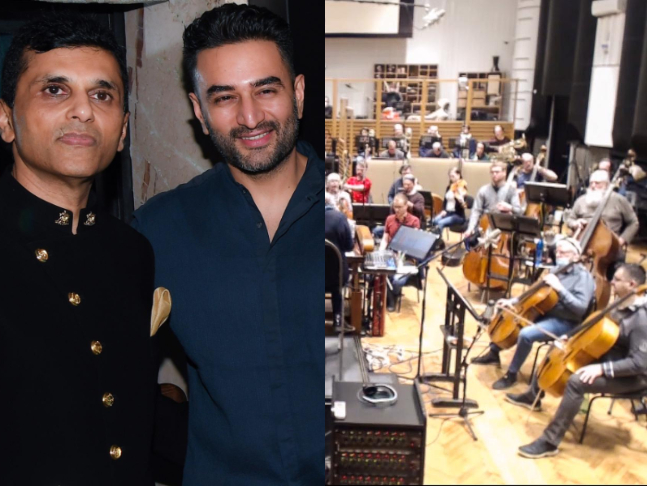 Producer Anand Pandit's Chehre starring megastar Amitabh Bachchan and talented actor Emraan Hashmi has been in buzz since its inception! The trailer launched recently gained massive appreciation from the audience and the anticipation is increasing with each day to watch the duo face off in the film for the first time ever.

The enigmatic narrative and strong visuals have already raised huge box office expectations from the thriller and we now hear that Anand Pandit has brought back the golden era of musical live-orchestra for the title track! The upcoming title track has been composed by none other than the dynamic music composer Shekhar Ravjiani, and to bring the breathtaking track to life, 107 musicians from across the globe have united in Prague to record it via a live symphony orchestra!

RECOMMENDED READ: Chehre: Anand Pandit says Amitabh Bachchan believed in the film, reveals how he came on board as the producer

Anand Pandit speaks on this, "The title track has been beautifully composed by Shekhar and it's an absolutely breathtaking piece of music which perfectly complements the thrill and mystery elements of Chehre. Each note is striking and we thought to enhance it even further with renowned musicians performing live to the track! Witnessing such talented musicians rendering your track live has been an astounding experience and we hope audiences appreciate the song as well!"

Talking about the title track, music director Shekhar Ravjiani adds, "Vishal and I are thrilled to once again have the Prague Philharmonic Orchestra working with us for our song. We have wonderful memories of working with them for our Om Shanti Om soundtrack. It is always a beautiful experience to have them bring our music to life. Can’t wait for people to hear the Chehre title track.”