Advertisement
HomeBOLLYWOODENTERTAINMENT NEWSBreaking! Veteran actress Shashikala breathes her last at the age of 88

Indian film industry lost yet another gem today. Veteran actress Shashikala Om Prakash Saigal (née Jawalkar) breathed her last at the age of 88. Better known as Shashikala, the actress was born to a Maharashtrian family belonging to Solapur and started working at an early age to support her parents.

Shashikala's family is yet to issue a statement and the reason for her demise is still unknown. Writer Kiran Kotrial was the first one to inform about the actress's unfortunate demise. He paid tribute to her in a post on Facebook. Further details are awaited. 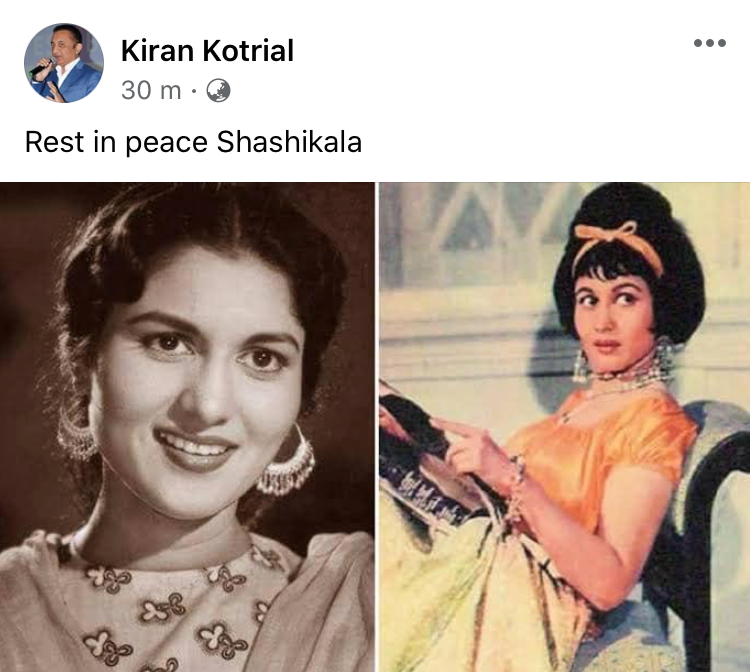