The release of the Kangana Ranaut-starrer Thalaivi has been postponed amid the second wave of Covid-19 in India, it was announced on Friday. The film was slated to release in Hindi, Tamil and Telugu languages on April 23.

A statement issued by the makers of the film, which is a biopic on late Tamil Nadu chief minister J. Jayalalithaa, read: "We are extremely grateful for the tremendous response and unconditional love you have shown for Thalaivi trailer. 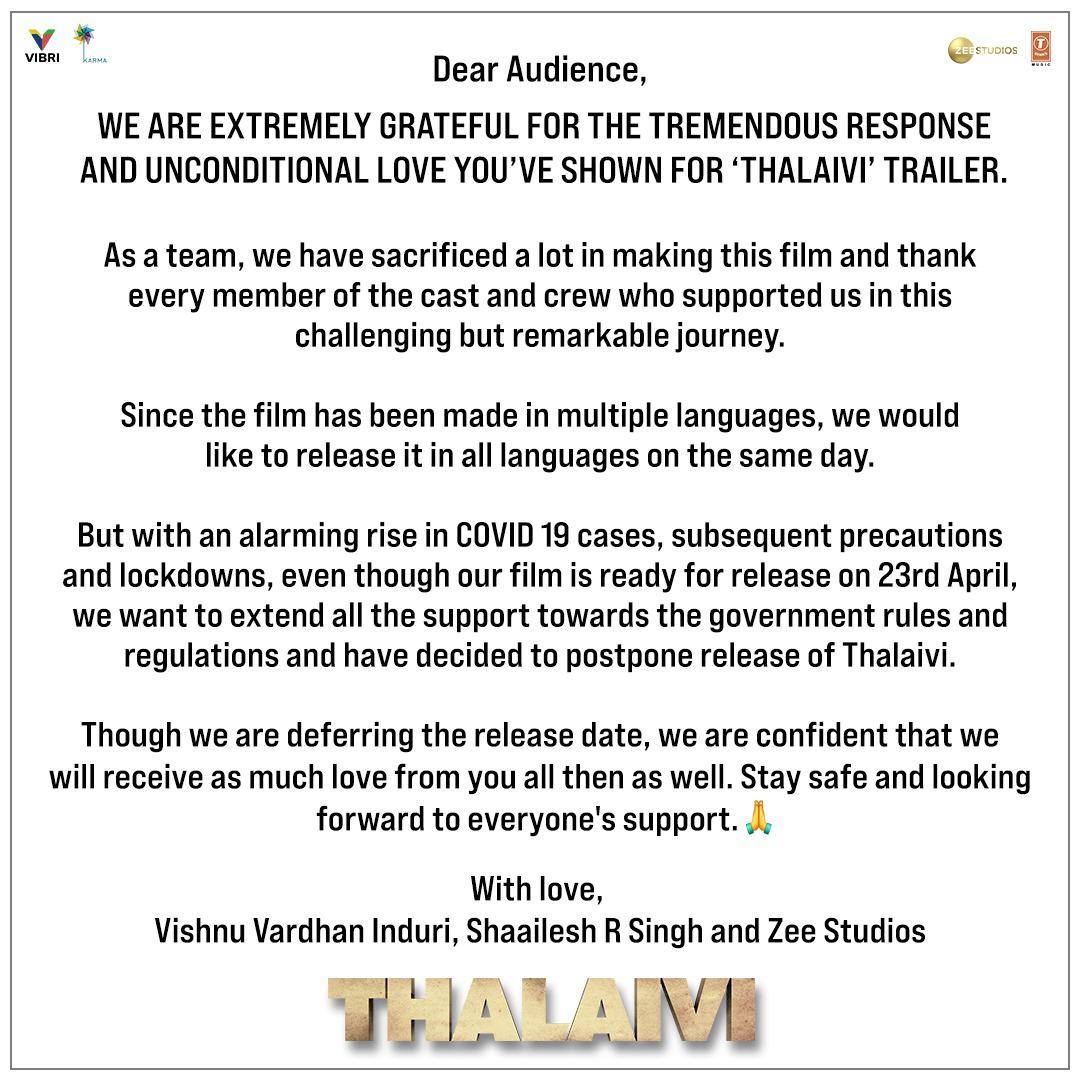 The statement read, "As a team, we have sacrificed a lot in making this film and thank every member of the cast and crew who have supported us in this challenging but remarkable journey. Since the film has been made in multiple languages, we would like to release it in all languages on the same day. But with an alarming rise in covid-19 cases, subsequent precautions and lockdowns, even though our film is ready for release on 23rd April, we want to extend all the support towards the government rules and regulations and have decided to postpone the release of Thalaivi. Though we are deferring the release date, we are confident that we will receive as much love from you all then as well. Stay safe and looking forward to everyone's support." The statement has been signed by producers Vishnu Vardhan Induri, Shaailesh R Singh and Zee Studios.