Advertisement
HomeBOLLYWOODENTERTAINMENT NEWSPeople have been comparing me to Katrina Kaif for years, I have got used to it by now: Isabelle Kaif

Katrina Kaif's younger sister Isabelle Kaif recently made her acting debut with Time To Dance, which had got delayed due to the COVID-19 pandemic last year. The newbie recently spoke about bagging her first film, the influence of Bollywood on her and comparisons with star sister Katrina.

“I had auditioned for a few films, and this one came through. I was a dancer as a kid, and dancing is, of course, a big part of Bollywood. It’s a passion for me. So, I thought it would be a challenge, and fun,” she told a leading daily. 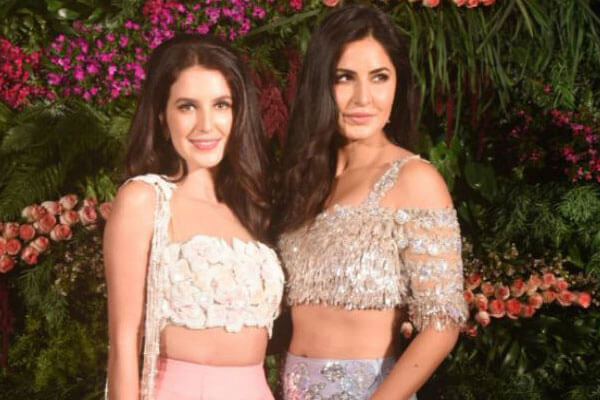 Revealing she grew up watching Hindi films, Isabelle said, “Dancing led to acting. I watched Hindi films growing up, and I’ve had a hard time choosing a favourite. It depends on my mood. I love Jab We Met, Lagaan, I’ve watched it so many times as a teenager."

On comparisons with sister Kat and expectations, Isabelle said, “I know it. People have been doing it for years, and I’ve got used to it by now. It doesn’t really play on me too much anymore. About expectations, Covid actually took off some of that pressure from my first film, as the circumstances are so different. It has allowed me to just enjoy the moment as it unfolds,” said the actor.

Isabelle will be next seen in Suswagatam Khushaamadeed opposite Pulkit Samrat.