Arjun Kapoor learns from ladylove Malaika Arora every day, says 'love how dignified she is'

Arjun Kapoor has revealed what he loves the most about his ladylove Malaika Arora. Talking to a leading daily, the actor said that he learns from Malaika everyday and has never seen her complain about anything.

Arjun said, "I love how dignified Malaika is. The way she has conducted her way through life from being a woman who started working at the age of 20 to today, being an independent woman with her own personality. I have never seen her complain. I have never seen her harbour any negativity. I have never seen her trying to change the narrative about things. She just believed in keeping her head down with dignity and letting her work do the talking and leading a life that allows her to be happy. I learn from her every day!" 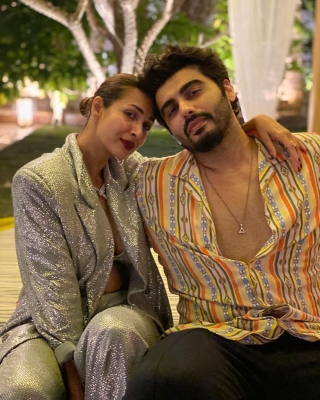 In 2019, Arjun and Malaika made their relationship official, and ever since then, fans have been waiting for the couple to take the next step forward. A lot of rumours around Malaika and Arjun's wedding in 2020 were floating around. However, it looks like the couple has decided to postpone their wedding due to the pandemic.

Earlier last year, when asked about his marriage plans in an interview, Arjun shared that it isn't possible to get married amid the pandemic. He further shared that whenever he plans to get married, he will never hide it from the media.