Rishi Kapoor passed away last year on April 30, leaving a deep void in the hearts of his family, friends and fans. Now, today on his first death anniversary his colleagues in Bollywood have been reminiscing about the veteran actor. His co-stars Poonam Dhillon and Simi Garewal spoke about the veteran actor in heartfelt interviews.

Poonam in an interview to a daily revealed that she was pleasantly surprised when she heard him sing at a birthday party after he returned from the US post his cancer treatment. Recalling how he rebuked her for not coming to meet him when he returned from the US, Poonam said, “One of the last times I saw him was at Bachchans' Diwali party when he had just returned from the US. He pointblank told me that I had neither called him nor come to meet him. He was someone who noticed small things and had certain expectations from friends. I used to always be in touch with him when he was in the US. I told him that I hadn't come over because I wanted to give him some space and time. After that, I met him at a couple of parties. But soon, I heard that he had taken ill again. It was a huge shock when he passed away. All those who walked or worked with him would have wanted to pay his last respects but sadly could not due to COVID.” On the other hand, Simi, who had worked with Rishi in Karz and Mera Naam Joker and Kabhi Kabhie. Recalling her last conversation with Rishi, Simi told a daily, “Chintu was very fond of my sister Amrita, and she and I literally prayed for his health at the gurudwara while he was in NY. Neetu knew about it and kept messaging me, writing, 'Keep praying Simi'. I met him last at the Bachchans' 2019 Diwali party and he broke through the crowds to come and hug us. He looked so good; he was slim and glowing! We talked with great affection from both sides that night. That was our last meeting." 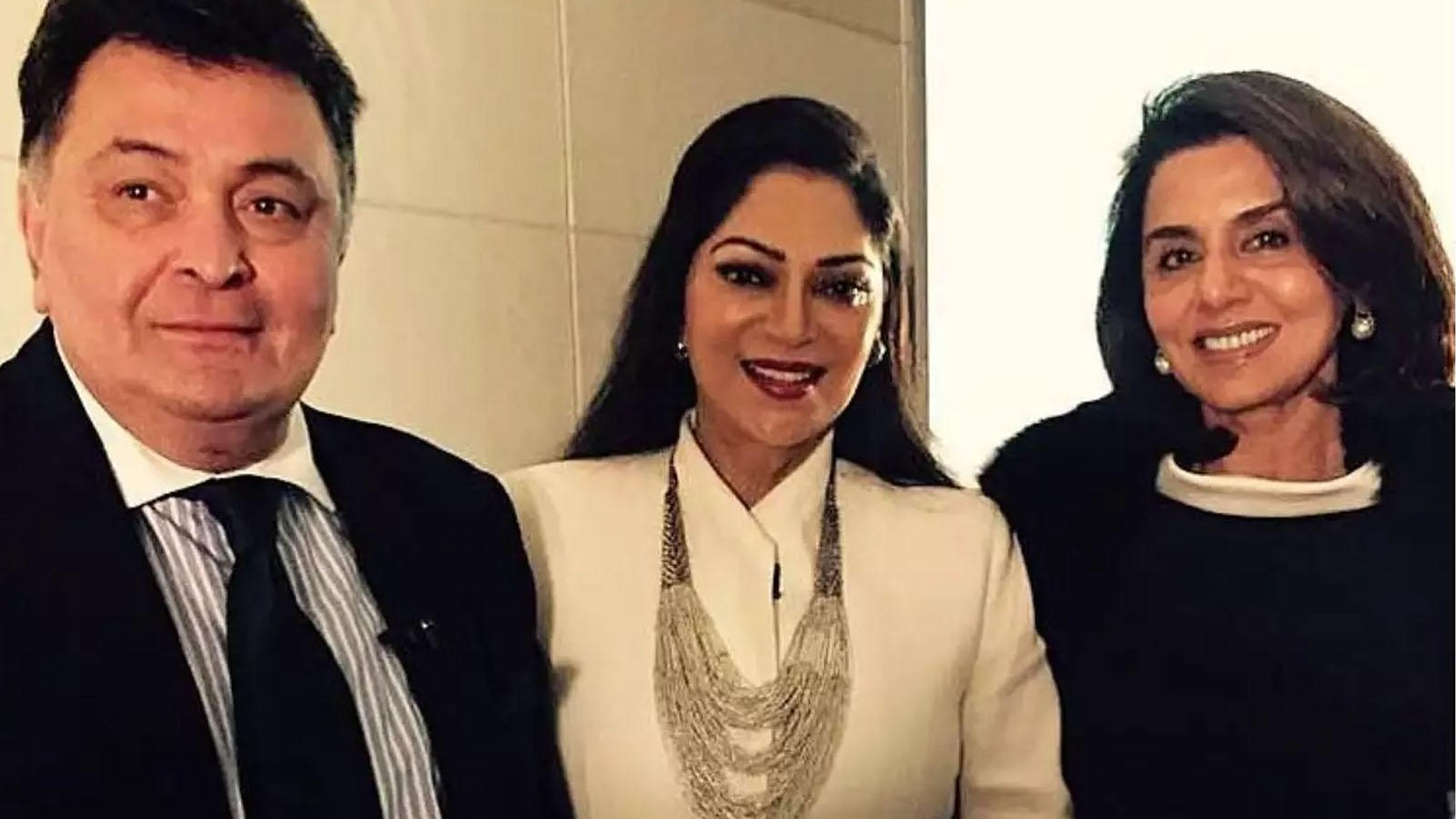