Advertisement
HomeBOLLYWOODENTERTAINMENT NEWSRadhe Your Most Wanted Bhai: Salman Khan admits kissing in film, but with a twist

Radhe Your Most Wanted Bhai: Salman Khan admits kissing in film, but with a twist

Salman Khan Films has just released a small behind the scene clip providing the audiences with a glimpse into the world of Radhe: Your Most Wanted Bhai. The clip starts with Pradbudeva describing the characters of Radhe as 'Mr Cool, ruthless, innocent and your most wanted'.

The clip provides audiences and fans with a rare chance to see what was happening behind the scenes and dives deeper into the world of Radhe. The production house had roped in a renowned Korean action team and the famous action director duo Anbariv for the action sequences in the film, and it certainly looks quite impressive and larger than life. 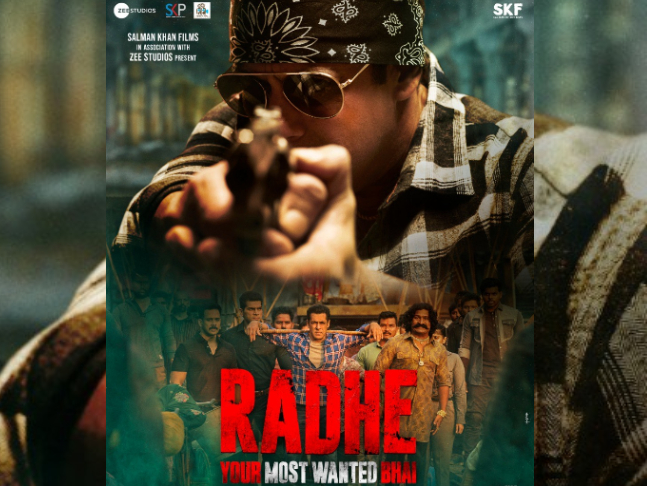 It's interspersed with the filming of some of the major action scenes in the film, and they look massive. The film should satiate the fans who have been missing the superstar on screen for a long time. Talking about the film's plot, Salman Khan mentions his nemesis Rana, played by Randeep Hooda and how he's a violent opponent with ruthless presence and influence in the film. Salman talks about his co-star Disha Patani and how the romance between them is fun & light-hearted that the audiences can look forward to.

Alongside Salman Khan, Radhe:Your Most Wanted Bhai also stars Disha Patani, Randeep Hooda and Jackie Shroff in pivotal roles. The movie is presented by Salman Khan films in association with ZEE Studios, produced By Salma Khan, Sohail Khan and Atul Agnihotri's Reel Life Production Pvt. limited. The movie will release in over 40 countries, including a theatrical release in major overseas markets on May 13 2021, on the occasion of Eid. The film will be available on ZEE5 with ZEE's pay per view service ZEEPlex on the Zee5 OTT platform and all leading DTH operators.

It's history vs mythology in Nikhil Siddharth & Anupam Kher's Karthike

Amid ED interrogation, Jacqueline Fernandez reacts to negative reports about her, asks 'what did I do wrong'

'When Alia Bhatt and I had started dating, we couldn’t even tell Brahmastra director Ayan Mukerji fearing that he would freak out,' reveals Ranbir Kapoor

Masaba Gupta forays into beauty & skincare with LoveChild, reveals the inspiration behind the brand's name