Advertisement
HomeBOLLYWOODENTERTAINMENT NEWSWe never really lived together but he was like a person I could always depend on: Supriya Pathak on Shahid Kapoor

Supriya Pathak is a doting mother to Sanah Kapur and Ruhaan Kapur. She is the second wife of Pankaj Kapur. Now, as Mother's Day is around the corner, Supriya spoke to an entertainment portal about the relationship she shared with Shahid Kapoor, who is Pankaj and his former wife Neliima Azeem's elder son. The veteran actress said that though she wasn't a part of Shahid's formative years, he is someone she can always depend on.

"I was not there in his life for all the really young formative years, and we met as friends. I was a friend of his father’s and therefore I met him. So it was more like a friend, and it remained like that always. We have always been on a level where we are more like pals. (In fact) I would call Sanah and Ruhaan more like pals, but Shahid and me because we have not really lived together, it was very much like a person I could always depend upon. Sash has always been that person for me,"  Supriya told. 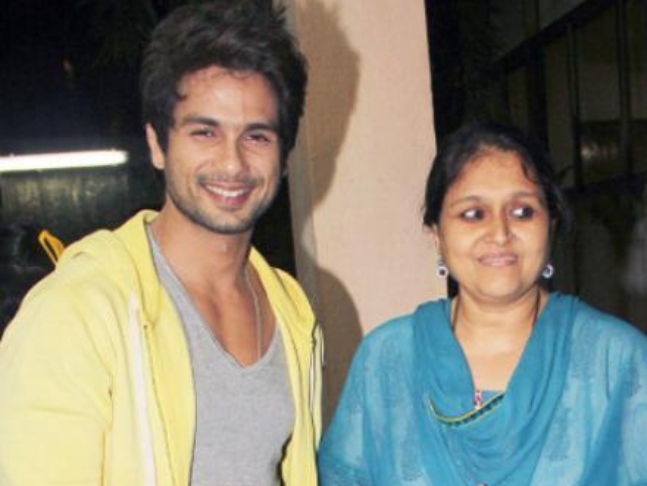 Supriya said that she loves Shahid but can't define their relationship. "I really love him. I can’t really define the relationship, I don’t want to either but it's more like I believe him," Supriya added.

Supriya and Pankaj's daughter Sanah made her acting debut in Shahid and Alia Bhatt's film Shaandaar (2015).