Advertisement
HomeBOLLYWOODENTERTAINMENT NEWSDia Mirza says 'Rehnaa Hai Terre Dil Mein has sexism in it', feels Bollywood is sexist as it is 'largely led by men'

Dia Mirza, who made her big Bollywood debut with Rehnaa Hai Terre Dil Mein in 2001 after winning the title of Miss Asia Pacific International in 2000, has talked about the rampant sexism in Bollywood. The actor also acknowledged that her first film, that went on the become a massive hit, did have sexist elements. Dia spoke about living in a patriarchal society and the prevalence of 'rampant sexism' in an industry that is 'largely led by men'. She said that she has worked with people who were a part of sexist cinema.

The actress also talked about people only thinking and making sexist cinema. "People were writing, thinking and making sexist cinema and I was a part of these stories... Rehnaa Hai Terre Dil Mein has sexism in it... I was acting with these people. I was working with these people. It's crazy. I will give you small examples. A makeup artist could only be a man, could not be a woman. A hairdresser only had to be a woman... When I started working in films there were at best about four or five women on any given crew with a unit strength of over 120... sometimes 180 people," she told a digital video publisher. 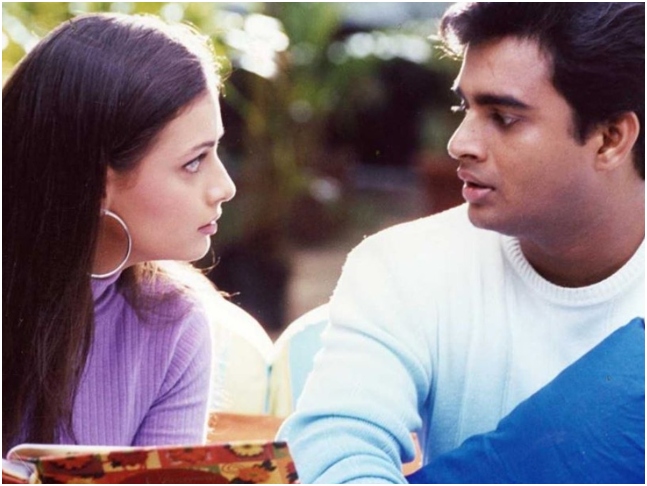 "We live in a patriarchal society and it is an industry largely led by men. So there is a rampant sexism. And I think for a large part it is not even conscious sexism because there are so many men who are writers, who are directors, who are actors, who are not even aware of their sexist thinking," she added.

Directed by Gautham Menon, Rehnaa Hai Terre Dil Mein is a remake of Tamil movie Minnale, which also starred Madhavan and Saif Ali Khan. It was based on a young boy Maddy (Madhavan), who impersonates Rajeev (Saif), the person his love interest, Reena (Dia), is about to marry and attempts to woo her. However, he is unprepared for the moment when the truth will be revealed.

Anupamaa: Sudhanshu Pandey finally breaks silence on rumours of tension between him and Rupali Ganguly, hints at 'difference of opinion'

Ravi Dubey recalls getting suicidal thoughts, says one can 'surmount the biggest of obstacles' with positive outlook and hope