Advertisement
HomeBOLLYWOODENTERTAINMENT NEWSTiger Shroff and Kriti Sanon complete 7 years in Bollywood, thank makers of Heropanti for believing in them

Tiger Shroff and Kriti Sanon complete 7 years in Bollywood, thank makers of Heropanti for believing in them

On May 23, 2014, Bollywood welcomed two newcomers into the industry with open arms as the film Heropanti released in theatres. The two newcomers are now among Bollywood's most promising and bankable stars. They are none other than Tiger Shroff and Kriti Sanon. While the former has set the benchmark high for the youth with his smooth dance moves and slick action stunts, the latter has won over everyone with her talent, good looks and ability to pull off any character will ease.

Today, as Heropanti completes 7 years, Tiger and Kriti got nostalgic about the film and opened up about their journeys. Tiger, in a statement, told, "Looking back in time, I feel nothing but only and only gratitude, for all the crazy experiences and the love audiences have showered on me. Heropanti will always be a really special film to me, and I just want to thank Sajid sir, Sabbir sir who believed in me and also Kriti for being one of the best co-stars ever to debut with." Recommended Read: Sidharth Shukla rumoured to play Meghnad to Saif Ali Khan as Raavan, here's why Prabhas-Kriti Sanon's Adipurush is set to be a blockbuster!

Thanking his fans, the actor said, "Whatever I am today, whatever I have achieved is all because of the Tigerian army. Here's a big shoutout and big virtual hug to all of them, without you guys I'm nothing!"

Kriti shared, "As an actor, I crave to get diverse roles to be able to explore sides and worlds that I haven’t done before. I’m fortunate to have gotten opportunities in such different genres. It's challenging but very satisfying and I hope I’m able to do justice to all. I am probably in the most exciting phase of my career so far." 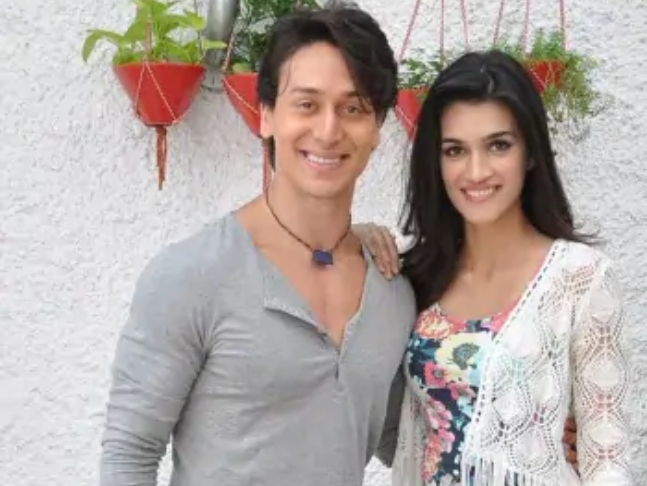 Heropanti will be getting its sequel with Tiger and Tara Sutaria. The film will be directed by Ahmed Khan and produced by Sajid Nadiadwala. The tentative release date of Heropanti 2 is December 3, 2021. Workwise, Tiger has also signed Vikas Bahl's Ganapath which will reunite him with Kriti.

On the other hand, Kriti will be seen in films like Bachchan Pandey, Mimi, Adipurush, Bhediya and Hum Do Hamaare Do.