Bollywood actors Kriti Sanon, Varun Dhawan, Rajkummar Rao, Abhishek Banerjee and filmmaker Amar Kaushik have taken to social media to express discontent over YouTuber Paras Singh, who has been reportedly arrested after making racist remarks aimed at Arunachal Pradesh MLA Ninong Ering. The YouTuber also allegedly said in his video that the state "was a part of China".

Filmmaker Amar Kaushik took to Instagram Story to react to a news piece that says a YouTuber has racially abused the Arunachal Pradesh MLA calling him non-Indian. 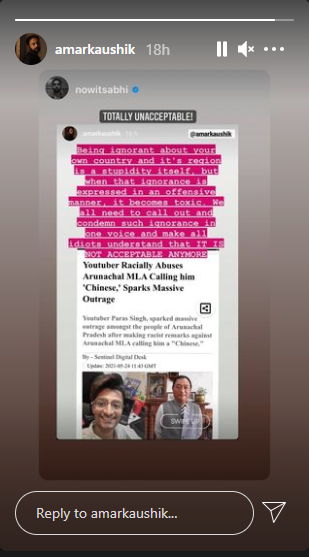 RECOMMENDED READ: Kriti Sanon reveals how Varun Dhawan has changed after marriage to Natasha Dalal and it is all about the actor's maturity

Reacting to the same, the Stree director wrote: "Being ignorant about your own country and its region is a stupidity itself, but when that ignorance is expressed in an offensive manner, it becomes toxic. We all need to call out and condemn such ignorance in one voice and make all idiots understand that it is not acceptable anymore." 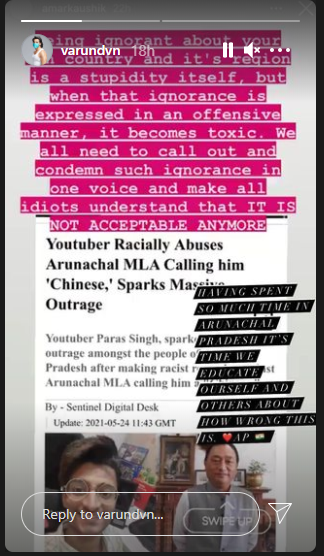 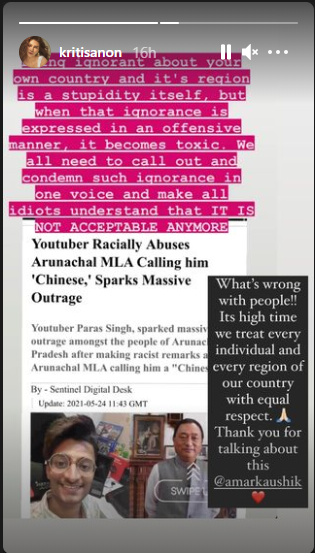 Varun Dhawan, who recently shot for the Amar Kaushik directed upcoming film Bhediya in Arunachal Pradesh together with Kriti Sanon and Abhishek Banerjee, shared, "Having spent so much time in Arunachal Pradesh, it is time we educate ourself and others about how wrong this is." "What's wrong with people! It's high time we treat every individual and every region of our country with equal respect. Thank you for talking about this @amarkaushik," expressed Kriti on Instagram Story.