Advertisement
HomeBOLLYWOODENTERTAINMENT NEWS‘A must at Reunions, have with B.R.E.A.D!’ Amul gives a funny twist to FRIENDS: The Reunion with its topical

‘A must at Reunions, have with B.R.E.A.D!’ Amul gives a funny twist to FRIENDS: The Reunion with its topical 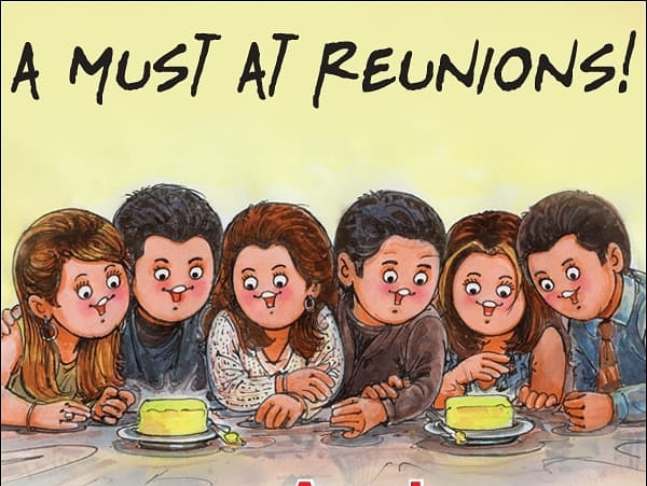 The much-awaited FRIENDS: THE REUNION special aired today breaking the internet and bringing a much needed closure to its millions of fans who just could not keep calm. The six stars of the iconic sitcom David Schwimmer, Jennifer Aniston, Courteney Cox, Lisa Kudrow, Matt Le Blanc and Matthew Perry took us on a nostalgia trip with their special episode.

Joining the bandwagon, dairy giant Amul expressed its excitement with a topical advertisement featuring the actors in their popular FRIENDS character- Phoebe, Ross, Monica, Chandler, Rachel, and Joey starring at huge butter chunks. Amul captioned the topical as, “A must at Reunions! Have with B.R.E.A.D!” Sharing the advertisement on social media, the company wrote, “#Amul Topical: Reunion special of sitcom series ‘Friends’!”

RECOMMENDED READ: FRIENDS: THE REUNION - 10 revelations & anecdotes that give us the 'closure'

The special episode, which streamed exclusively on ZEE5 at 12:30 pm in India featured celebrities such as David Beckham, BTS, Justin Bieber, Lady Gaga, Reese Witherspoon, Malala Yousafzai, James Corden, Cindy Crawford, Mindy Kaling and Kit Harington, apart from the main cast. The special episode premiered on HBO Max on May 27 in the US.

The special marks the first time the cast officially reunite on screen after 17 years since the sitcom aired its last episode back in 2004. The series first debuted on NBC back in September 1994. The special also revealed a lot of anecdotes and behind-the-scenes stories from the cast and crew of the show.