Twitter has blocked four accounts in India- including one belonging to Canadian-Punjabi singer Jazzy B, who has frequently tweeted in support of the farmers’ agitation against the Farm Bills and agriculture laws. In December, last year, the singer even joined the farmers as they camped on the borders of the national capital.

The accounts that have been blocked have been ‘geo-restricted’ meaning that they can be accessed from IP addresses outside the country-after a legal demand from the government on Sunday. After blocking the account, Twitter released a statement stating, “When we receive a valid legal request, we review it under both the Twitter Rules and local law. If the content violates Twitter's rules the content will be removed from the service. If it is determined to be illegal in a particular jurisdiction, but not in violation of the Twitter Rules, we may withhold access to the content in India only. In all cases, we notify the account holder directly so they're aware that we've received a legal order pertaining to the account. We notify the user(s) by sending a message to the email address associated with the account(s), if available.” 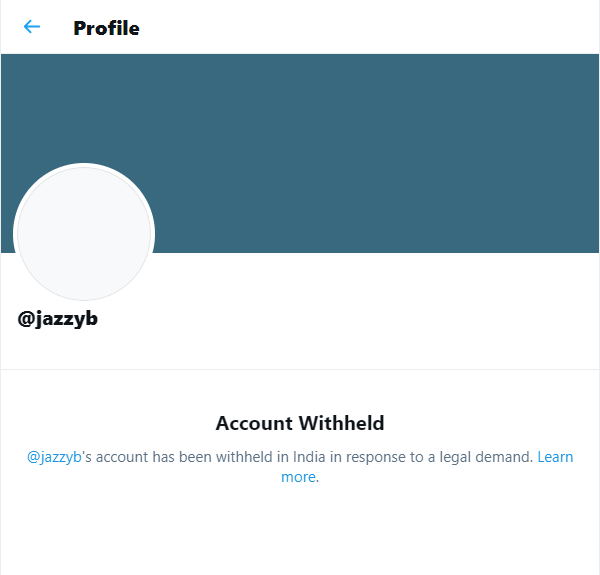 Reportedly, all the four accounts have posted material critical of Prime Minister Narendra Modi’s government or in protest against the farm laws. Twitter posted confirmation of its action on the Lumen database - an online archive that analyses legal complaints and requests for removal of content to ensure transparency. 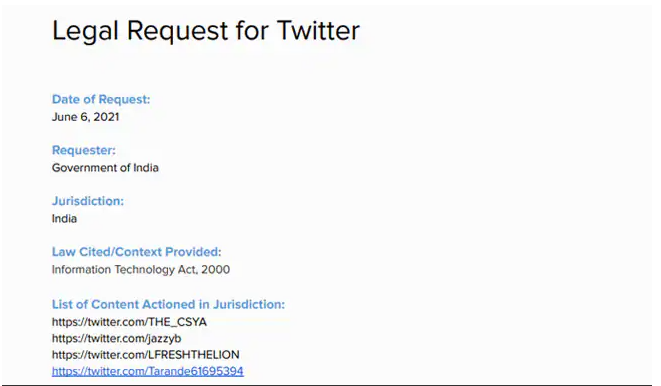 In February, around 250 accounts were blocked following an FIR relating to the Republic Day violence. The accounts were blocked for several hours after a ‘legal demand’ was made from the government. The request came from the Home Ministry and law enforcement agencies and was made to prevent ‘escalation of law and order (situation) in view of the ongoing farmer agitation’.