Milind Soman's wife Ankita Konwar talks about marrying an older man, says 'I have always done what makes me happy'

Milind Soman tied the knot with a much younger Ankita Konwar in 2018. The age gap between them is 26 years but this hasn't bothered them. Milind and Ankita spread positivity through their social media posts and give a glimpse into their sweet love story. Recently, Ankita hosted an AMA session on Instagram. A follower curiously asked her, "How did you tackle/ manage this Indian stereotype of 'don’t marry an older man?'"

Sharing the query on her Instagram stories, Ankita said, "Anything that's not common in a society, people usually like to talk about it. And it's not just limited to India. We as a species, have a tendency to get weird about the unknown, the unexplored, AKA fear. A survival skill. And sometimes we are not conscious enough to distinguish between the utility and the waste of that skill. I have always done what makes me happy." 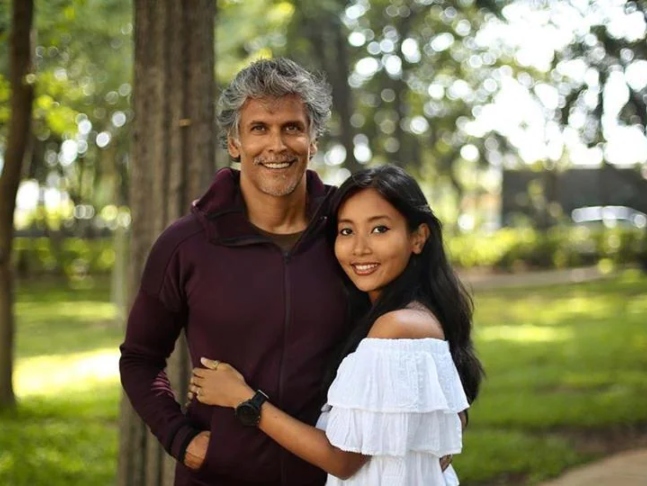 Recommended Read: It is same as the difference ‘between my age and my mother’s age’: Milind Soman on the age gap between him and his wife Ankita Konwar in a new advertisement

In an interview, Ankita had revealed that Milind came into her life when she was recovering from the sudden demise of her boyfriend. She was working for Air Asia and met Milind in Chennai at a hotel. Soon, Ankita, who called herself a 'fan of Milind', fell in love with him and decided to spend the rest of her life with the actor, despite the age factor. After dating for 5 years, they tied the knot. They had a traditional Maharashtrian wedding and a white wedding too. Their 'third wedding' was at a place called ‘the end of the world’ in Spain.