Vicky Kaushal and Katrina Kaif have been rumoured to be dating for a couple of years now but the two have never come out and accepted their relationship. However, their hush-hush affair was confirmed by Harshvarrdhan Kapoor in an interview recently that made their fans extremely happy. Now, a day later after Harshvarrdhan’s confirmation a recent picture of the couple from a party is going viral on the internet.

Katrina and Vicky can be seen attending a bash together. The unseen picture shows Katrina sitting on a sofa with her face turned away from Vicky who is reposing on the handle of the sofa and looking at her. He is dressed in a black sweatshirt and black pants while Katrina looks glam in a short dress and heels. Judging from their expressions it looks as if there might be some sort of lovers’ tiff going on between the two. 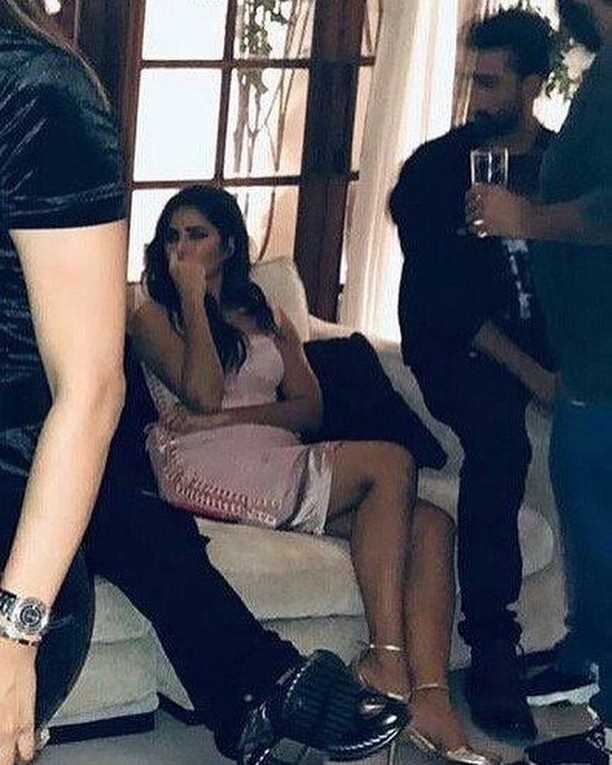 During the interview, when Harshvarrdhan was asked about a rumoured relationship in Bollywood that is real, he said, “Vicky and Katrina are together, that’s true. Am I going to get in trouble for saying this? I don’t know. I think they’re quite open about it.”

In April, Vicky had tested positive for COVID-19 and a day later Katrina had shared her diagnosis of testing positive too that made fans add two plus two together and come to the conclusion that the actors are indeed dating.

Himesh Reshammiya introduces Uditi Singh as the new Surroor girl in the first music video of his album 'Surroor 2021', track out on June 11