Twenty years ago on this day, when the monsoon opened up over Mumbai, I saw Aamir Khan’s Lagaan: Once Upon a Time in India at Eros. First day first show. I knew him as a friend and actor. This was Aamir Khan Productions’ maiden venture. He was now also a debutant producer. At the end I was not just amazed by what Aamir and director Ashutosh Gowariker had made, but also unbelieving, and I came out of the theatre his fan as well.

PVR and INOX were not here then with their multi-screens and Dolby atmosphere. The single screens were poorly ventilated, had uncomfortable seating, unhygienic toilets and average canteen food, but were the height of cinematic entertainment. Blockbuster films ran several months beyond the opening weekend at the box office and celebrated silver, golden and platinum anniversaries in these theatres. Lagaan did that. Impressing and exciting the international film festivals as well. 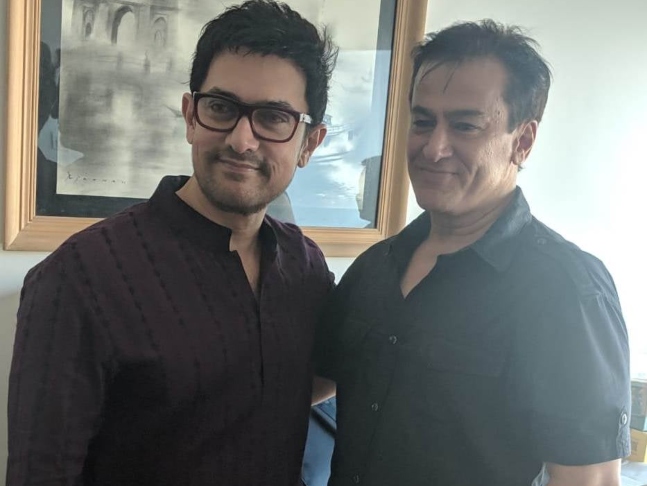 Recommended Read: From The Editor's Desk: Sylvester Stallone and a Shradh in Haridwar for his dead son

A village called Champaner in Kutch district, which has no electricity, motor transport and rains, whose impoverished villagers are also burdened by the Raj’s backbreaking agricultural tax (called lagaan) and drought, accepts a wager to a cricket match against a British Army XI as a waiver against their taxes. Their only exposure to the game is watching the gora sahibs play. The plot was simple. But the NYT said here was a movie that knew its business.

Aamir is Bhuvan, the village rebel and Champaner team captain. He forms an unlikely XI of ragtag villagers who are bitterly seething and eager to teach the British a lesson. They are secretly tutored in the game by the English captain’s gorgeous sister Elizabeth (actress Rachel Shelley) who also has a secret crush on Bhuvan. But he’s in love with village belle Gauri (debutante Gracy Singh). Fired by enthusiasm and goaded by patriotism, they take on the aggressive British XI.

Amitabh Bachchan’s rich voice lifts the curtain on Lagaan. Then the film is Aamir’s. The training sequences are hilarious. The match, a War Game grittily fought between ebony gladiators and white flannelled arrogant Englishmen, goes to the wire. You feel you are in a cricket stadium. And at the end, when Bhuvan hits the winning six, the entire audience at Eros rose to its feet in thunderous applause. Just as we did before our TV screens at home on June 25, 1983, when India beat West Indies in the World Cup final at Lord’s in England.