Tripti Dimri is reaping the fruits of hard work. The actress, who started her acting career with Laila Majnu (2018), is the new IT girl of Bollywood. Tripti rose to fame with Anvitaa Dutt-directed Netflix film, Bulbbul, and is on a signing spree after its critical success. According to reports, Tripti has bagged the lead role opposite Shahid Kapoor in Sujoy Ghosh's upcoming film.

An entertainment portal's report claimed that the yet-to-be-titled film will go on floors in September this year with Tripti and Shahid in the lead. A source close to the development told the portal, "Tripti has really liked the script and is looking forward to collaborating with Shahid and director Sujoy. As of now the plan is to take the film on the floors in September, however, final dates are yet to be locked." 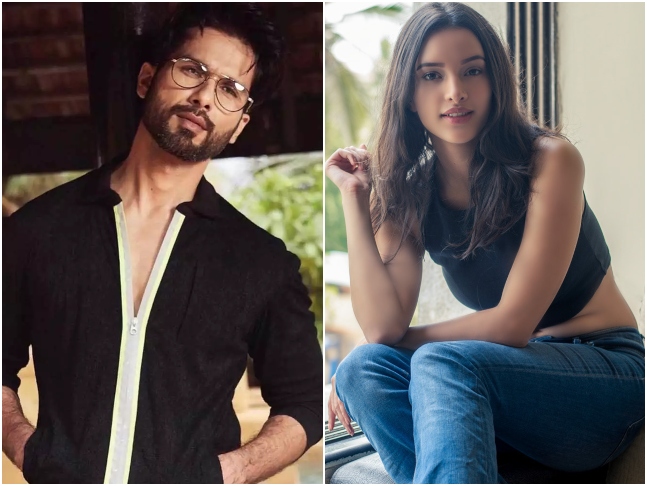 Workwise, Tripti is currently shooting for Anvitaa's next directorial, Qala, in Kashmir. The Netflix film produced by Anushka Sharma and her brother Karnesh Sharma's Clean Slate Filmz marks the acting debut of Irrfan's elder son, Babil I. Khan. According to reports, Tripti will be playing an important role opposite Ranbir Kapoor in Animal. The film also stars Anil Kapoor, Parineeti Chopra and Bobby Deol.

On the other hand, Shahid wrapped the shoot of Jersey. He is currently working with Raj & DK on their web series for Amazon Prime Video. The show will mark Shahid's OTT debut. The actor will reportedly kickstart the shoot of Rakeysh Omprakash Mehra's adaptation of Mahabharat told through the point of view of Karna after wrapping Sujoy's film.