Advertisement
HomeBOLLYWOODENTERTAINMENT NEWSThe Undertaker challenges Akshay Kumar for a ‘real’ match, actor responds saying, 'let me check on my insurance and get back, bro'

The Undertaker challenges Akshay Kumar for a ‘real’ match, actor responds saying, 'let me check on my insurance and get back, bro'

Akshay Kumar, while celebrating 25 years of Khiladiyon Ka Khiladi earlier this week, revealed the truth after he came across a meme, which showed the actor among a few who had managed to take down the world’s wrestling hero The Undertaker. “A fun fact though: it was wrestler Brian Lee who played The Undertaker in the film,” Kumar wrote on his social media handles reacting to the meme.

As his post went viral, many fans started to tag Mark William Calaway, better known by his ring name ‘The Undertaker’, until he finally replied. “Ha! Tell me when you’re ready for a REAL rematch!,” The Undertaker replied, openly challenging the Khiladi actor. But our Khiladi is no less. He left an epic reply on The Undertaker's challenge. Akshay was quick to react and left the users in splits with his response and wrote: "Let me check on my insurance and get back, bro!" 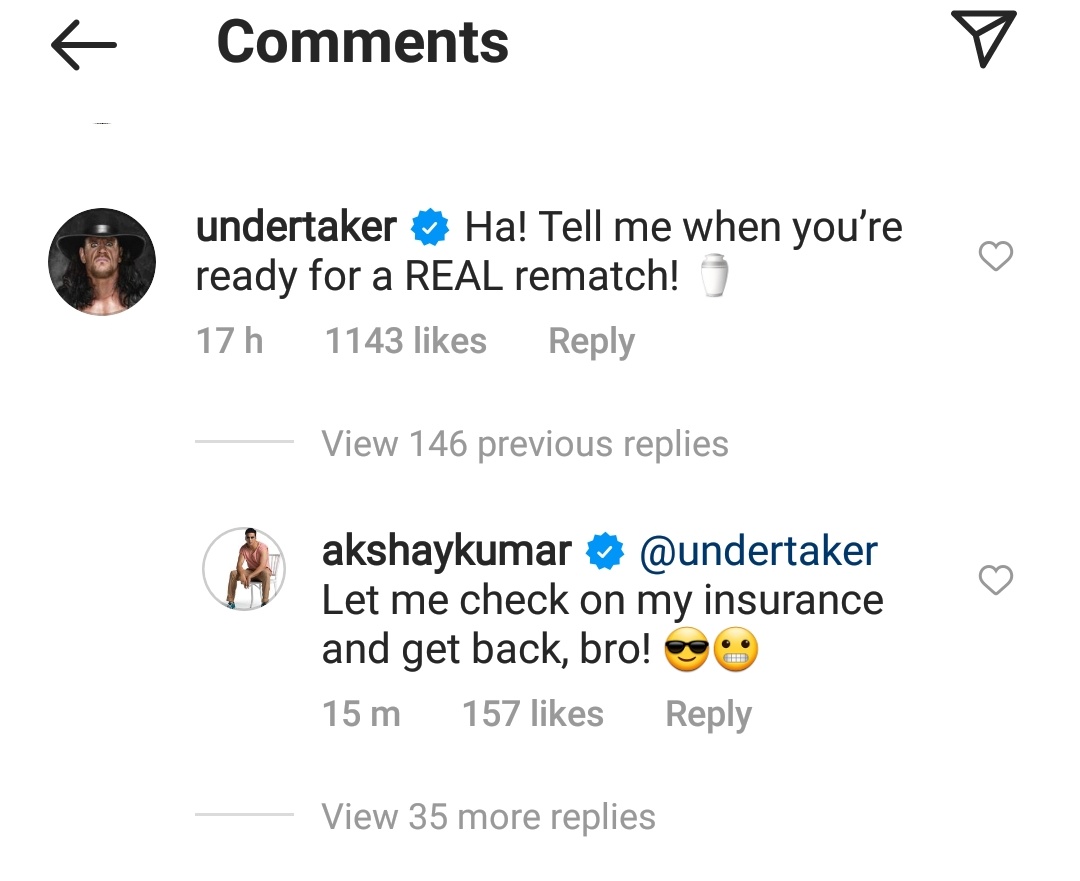 Although the reply got lost in series of comments on Kumar’s Instagram post, it was shared by the official handle of WWE India, and fans couldn’t keep calm. “The REAL @undertaker vs. @akshaykumar? Yes, please!” the organisation wrote, hyping all WrestleMania fans.

For the unversed, Mark William Calaway, better known by the ring name The Undertaker, is an American retired professional wrestler. He is best known for his career in WWE from 1990 to 2020.