Janhvi Kapoor's younger sister Khushi Kapoor set the internet on fire as she gave everyone a glimpse of her 'pool day'. The star kid, who is currently chilling amid the hills, went for a swim on Friday and oh boy, the bikini babe stole the show in a super hot purple bikini.

Khushi looked stunning as she got ready to plunge into the pool. Khushi looked impressive as she sported a bikini by Lovers + Friends and paired it up with a lavender cover-up by Flirtatious. Posting the photos, Khushi wrote, "Pool day".

Maheep Kapoor, Shanaya Kapoor, Navya Nanda Naveli and Aaliyah Kashyap were the first ones to drop compliments on the actress's post. "Girl u on ," commented Shanaya while Navya wrote, "Cuteeeee". 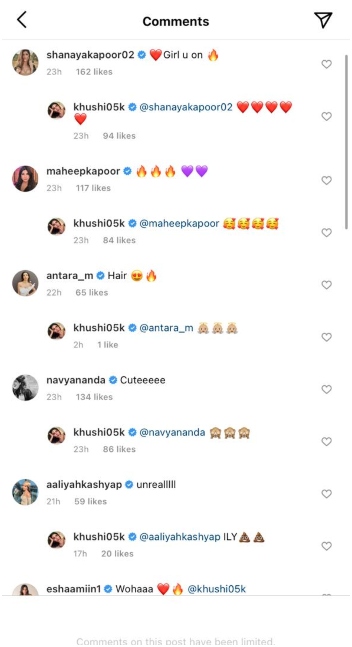 Khushi Kapoor is Sridevi and Boney Kapoor’s younger daughter. It is reported that the star kid will follow her elder sister Janhvi's footsteps and soon make her Bollywood debut.