Advertisement
HomeBOLLYWOODENTERTAINMENT NEWSKaran johar reveals he 'tried to sabotage' Alia Bhatt's casting in 'Kapoor & Sons', says 'I told her you don't have to do every Dharma film'

Karan johar reveals he 'tried to sabotage' Alia Bhatt's casting in 'Kapoor & Sons', says 'I told her you don't have to do every Dharma film'

Filmmaker Karan Johar recently revealed that he tried to 'sabotage' Alia Bhatt's casting in Kapoor & Sons. Karan produced the film under his banner Dharma Productions. KJo said that he had a one-on-one session with Alia, explaining to her why she does not have to do every Dharma film.

Speaking during an 'Inside the writers' room' session on Clubhouse, Karan confessed, "I tried to sabotage her casting because I had a one-on-one with Alia and I said, 'Listen, you don't have to do every Dharma film. You don't like it, you don't do it because the part is really nothing.' She was like, 'Yeah, I know but I love Shakun (Batra), I'll just hear it for him, he's a good friend.' I said, 'Yeah, yeah, but don't do it. It's fine because it's called Kapoor & Sons and you're not a Kapoor in the film.'" 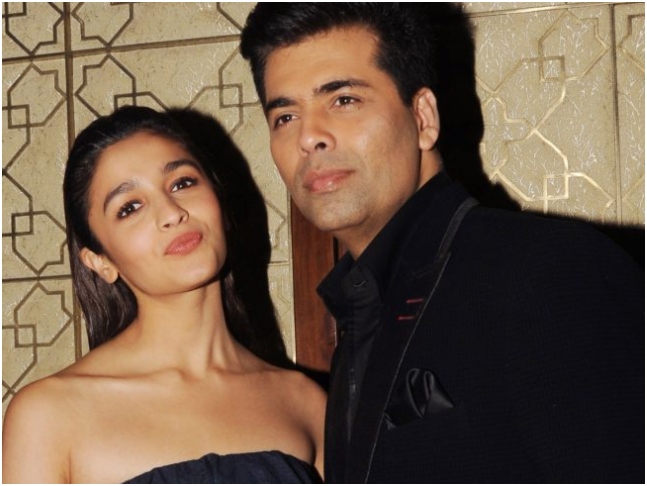 Recommended Read: Karan Johar launches Yash Johar Foundation in memory of his father to 'improve the quality of life for people in the Indian entertainment industry'

Alia went ahead with the script narration and returned to Karan with her decision to star in the movie. "She heard (the script) and she comes to my room and says, 'I really want to do this film, I really love the script, I don't care about my role.' I thought more power to her that she actually didn't see the footage, she didn't see the length of the role, she just saw the film and I wish all actors in our industry thought like that," Karan added.

Directed by Shakun Batra, Kapoor & Sons is a 2016 romantic drama that featured Sidharth Malhotra, Fawad Khan and Alia Bhatt in lead roles. The film is based on brothers Arjun (Sidharth) and Rahul (Fawad), who return home to visit their ailing grandfather (Rishi Kapoor). Amidst numerous ongoing family problems, emotions get intensified when a girl Tia (Alia) causes a rift between the two. The film was a box office hit.